The state’s land developers are rolling out stock at a much higher capacity than needed, with the excess product hitting the market resulting in median land prices falling to around $5,000 under fair value. 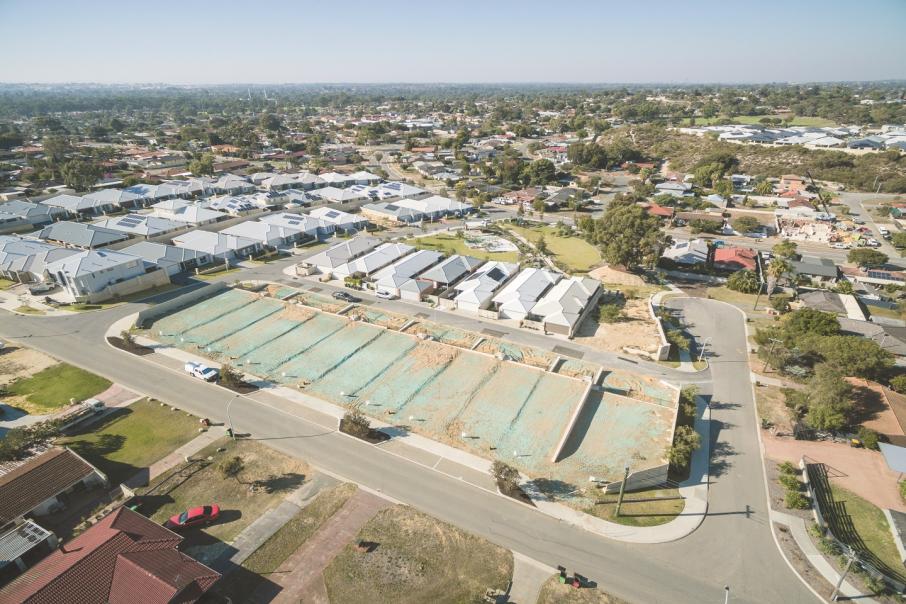 Land developers are producing vacant blocks for housing at a rate much higher than consumers are demanding. Photo: Gabriel Oliveira

The state’s land developers are rolling out stock at a much higher capacity than needed, with the excess product hitting the market resulting in median land prices falling to around $5,000 under fair value.

Mr Keane said Research4’s modelling indicated a fair market value for land in any market was typically around 45 per cent of its median house price, with current land prices trading $5,000 under that value.

He said buyers were also receiving significant value in the form of incentives, with 76 per cent of the 205 estates operating in Perth offering some sort of discount, rebate or package to lure buyers.

Incentive packages across Perth are valued at an average of $12,500, with cash discounts of up to $20,000 on offer at some estates.

“Developers have had marketing teams working harder and harder to seal deals with as many people as they can, and I understand why, because that’s their business,” Mr Keane said.

“But that extremely noble and good effort is undermining the viability of the next year, to a certain degree, because developers are bringing forward demand by making their marketing staff work harder.”

Mr Keane said the discounts were largely due to the excess capacity available in the market.

He said the number of land transactions in the Perth metropolitan area was currently at a pre-mining boom level, but the number of estates trading in the city had not reduced in the same fashion.

During the boom, the average number of estates grew to around 160, with sales averaging 940 lots per month.

In the period from the end of 2015 to now, there have been an average of 192 estates operating in Perth, with sales falling back to a more historically normal level of 473 per month.

“The challenge with the Perth industry and the... market is not necessarily lifting demand, it is actually looking at the development industry and the capacity in that industry,” Mr Keane said.

“All the land estates in the market, all 205, can produce 2,212 lots per year. It’s a ratio of six to one – for every one block needed, the industry can produce six.

“Obviously that’s too many.”

Mr Keane said the number of estates operating in WA needed to be reset in a strategic way.

“What is needed is to try and incentivise the development industry to develop smaller masterplanned communities that can be retrofitted in a medium density framework,” he said.

“It would reduce the industry capacity on the greenfields and start shifting it back down the railway line to infill developments.”