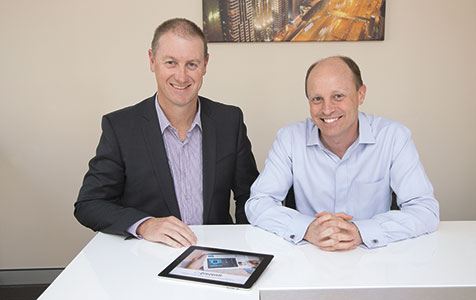 A Perth tech start-up is launching a new web platform it hopes will simplify the process of delivering public presentations.

Co-founder Justin Davies created Prezentt after noticing that many presentations were plagued by the same problems.

“The genesis was, I was having a conversation with Jeff (Robson, co-founder) about challenges in presenting to groups … they always have the same issues,” Mr Davies said.

“I’d been trying to work out smart ways of being able to share presentations.”

As a consequence of this frustration, Mr Davies looked for a way to simplify the exchange of contact details and distribution of information to audience members.

After the presentation, contact details can be easily shared between speakers and audience members, removing the need for the customary exchange of business cards and simplifying follow up, Mr Davies said.

The company believes the tool will be useful for people working in sales and for educational applications, while users in finance will benefit from electronic records of information distributed in research and investment pitches.

Prezentt has received accolades for its work, including winning the development domain category in the 2014 Western Australian Information Technology and Telecommunications Alliance awards last month.

Mr Davies, who is also managing director of digital consultancy Emergination, has an ambitious plan to reach more than 100,000 users within three years.

To achieve this goal, Prezentt has embarked on a drive to connect with presenters and is hoping to collaborate with major conference organisers, including Cebit.

Advertising is not in the picture for Prezentt, which instead will opt for a subscription-based revenue model similar to LinkedIn, with free accounts limited to four annual presentations and more frequent users charged $24.95 a month.

“Initially almost all users did not pay for a LinkedIn premium account; currently LinkedIn is on track to get to $500 million in annual revenue from these subscriptions,” Mr Davies said.

“We’re there to help the presenter shine and we don’t want to add in distractions from other organisations.”

Co-founder Jeff Robson has provided seed funding for the project through his company, Access Analytic, and Mr Davies said the company was open to additional investment.

“A few companies are doing some similar things; this validates that there is definitely a problem to solve,” he said.

But he believes Prezentt is a unique offering.

“We connect a presenter with their audience while they’re in front of each other, that is the distinction that makes us unique,” he said. 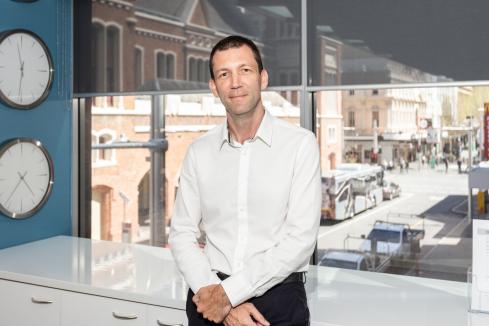