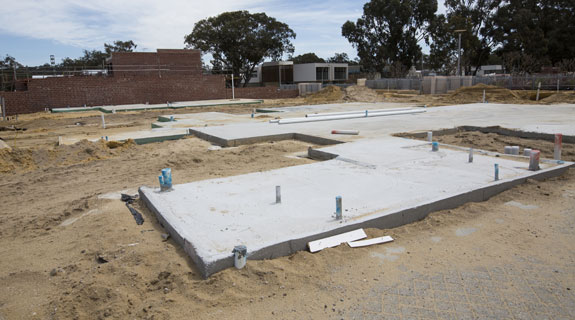 Land sales across the Perth metropolitan area slipped by more than 20 per cent in the September quarter, while at the same time the median lot price increased, with the Housing Industry Association saying the numbers show supply remains an issue in the residential development sector.

The HIA-Core Logic RP Data land sales report showed there were just over 2,000 lot sales in the September quarter, down from more than 2,500 in the three months to the end of June.

However, the per square metre price of land fell from $665/sqm in the three months to the end of June, to $646/sqm at the end of December.

Despite the fall, Perth remained the most expensive capital city market on a per square metre basis, beating out Sydney, where land costs $582/sqm with a median lot price of $320,000.

“It is important that land supply policy across Australia is consistent with the goal of housing affordability,” Mr Garratt said.

“The process of delivering new land supply and the requisite infrastructure for new housing is currently too slow and too expensive.

“It appears that shovel-ready residential land is starting to dry up against the backdrop of record new home building activity.”

RP Data research director Tim Lawless said the 3.3 per cent increase over the quarter and 10 per cent year-on-year rise for national land prices was a concerning development, especially considering housing approvals and construction are at record highs.

“Given that land sales have been trending lower since the June 2013 quarter, it does not bode well for this period of heightened construction to come to fruition,” Mr Lawless said.

“Ideally, we should be seeing more land brought to the market and sold during this period of low borrowing costs.”