The state’s economy is going gangbusters, but that will be tested when we emerge from the bubble. 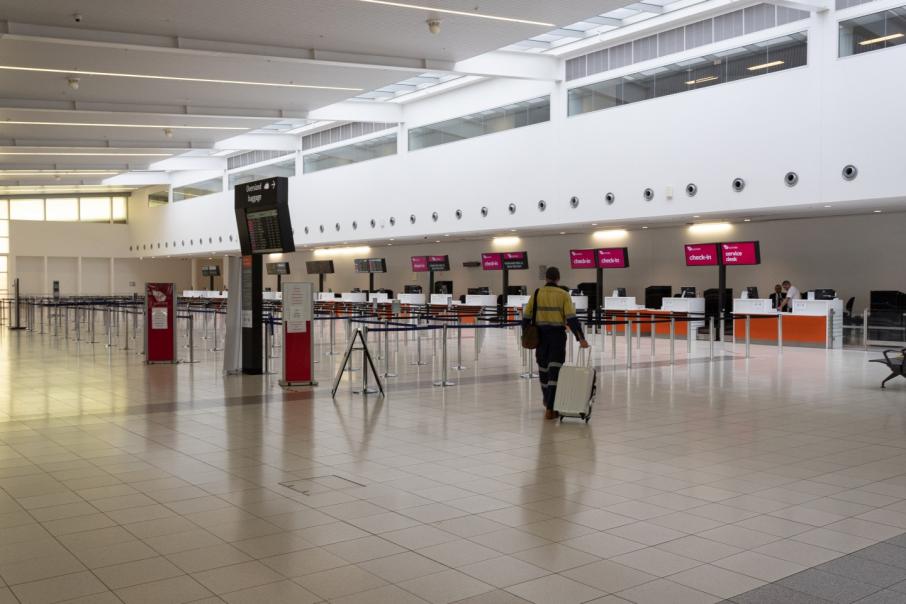 Sealing WA off from the rest of the world was a success in countering COVID-19. Photo: Gabriel Oliveira

Western Australia has had a terrific 12 months, with every economic indicator pointing up as the financial year heads towards its June 30 close.

It might also be argued, however, that WA resembles a hothouse flower, bred in perfect conditions and destined to wilt.

It certainly didn’t seem that way this time last year, as the COVID-19 crisis forced an emergency economic rescue and the erection of a modern-day version of the rabbit-proof fence to keep people and disease out of the state.

Sealing WA off from the rest of the world was the right move at the time. Unknown 12 months ago, of course, was the strength of demand for the state’s exports, as China massively stimulated its economy and drove the price of iron ore and other commodities through the roof.

It is the global boom in commodity prices, caused first by China and now by European and US economic stimulus measures, which explains why most aspects of the WA economy are operating at maximum capacity.

Just how well is shown in a recent ANZ Bank graph in its Stateometer report, which compares states’ economic performance. WA is streets ahead, enjoying above-trend growth, which continues to accelerate.

This is the hothouse effect. Huge demand for WA’s raw materials is placing pressure on people and companies working behind the COVID barriers to create a sense of bubble-like artificial growth.

A robustly healthy state budget is one measure of WA having had what old-timers once called ‘a good war’, though this time around the war is against a virus and WA has done better than most other places in keeping it at bay.

Residential property prices are another measure of how times have changed. The laggard for the previous decade, WA is now performing almost as well as other states, with prices up 8 per cent over the past 12 months, slightly below the national average increase of 8.3 per cent.

Share prices of the major national companies operating in WA have surged higher, with the three iron ore leaders all up: BHP and Rio Tinto by 30 per cent, while Fortescue Metals Group has done even better with a 50 per cent rise.

The personal fortunes of WA’s richest families have surged, with Gina Rinehart pipping Andrew Forrest for monetary bragging rights thanks to her personal fortune rising to $US23 billion ($A29.8 billion) according to Forbes magazine, versus Mr Forrest’s almost as impressive $US20 billion ($25.9 billion).

Simple observations of daily business activity are another way of measuring the health of the WA economy, with traffic congestion building after last year’s COVID-19 collapse in car movements, while boom-time restaurants such as Coco’s in South Perth are enjoying lunch business to rival the mid-1980s, when WA was enjoying what turned out to be an ill-fated entrepreneurs’ boom, led by the late Alan Bond and Laurie Connell.

As fabulous as it has been to live in the WA hothouse – with the world beating a path to buy the state’s mineral commodities – it is sobering to think about what happens to all hothouse flowers when they are exposed to fresh air.

In WA’s case, the exposure might have already started with the Chinese government’s determined attack on commodity prices. This has rubbed some of the gloss off the price of iron ore and raised concerns about the effect of excess government stimulus cash on all asset classes.

The sound of pips squeaking in WA’s overstretched economy can be heard coming from companies suffering an acute shortage of skilled (and unskilled) labour in the mining industry, which is forcing costs up and delaying project construction.

Bubbles, a favourite topic of investment analyst Jeremy Grantham, are everywhere to be seen as the magic of money available at near-zero interest rates causes investors (and residential property buyers) to bid prices up.

In his latest comments about the state of the world, Mr Grantham said he could see a multi-asset market bubble that was going to end in a monstrous crash. To be fair, though, he has been predicting such an event for some time.

When, not if, the correction comes, the worrying issue for everyone in WA is that the state’s success in sealing itself off from the rest of the world while continuing to suck in mining profits has created a potentially dangerous situation.

Just as a hothouse flower can’t survive for long in fresh air, so will WA find it difficult to manage a return to a form of normality that will come with open borders and a free flow of competition. As an example, think of what will happen to WA country towns, currently bursting at the seams with local tourists.

How will regional tourism fare when the borders open, and WA residents are free to flee to less expensive and more attractive destinations elsewhere?

Closing WA’s borders was the easy and right thing to do 12 months ago. Opening them is going to be much harder, though the real issue is that the state government might be tempted to keep WA in its cocoon of self-congratulation longer than necessary.

Profit warnings from companies exposed to WA’s mining sector are starting to flow, with mineral drilling specialist Perenti a case study of what happens when closed borders prevent the free movement of people and equipment.

More profit warnings can be expected in the weeks leading up to June 30 as companies get ready to report their earnings for the past 12 months and measure the good news against the challenge of rising costs and what it might mean to profits for the next year.

Net zero has become the latest catch cry of climate change crusaders who are always quick to seize on snappy slogans without appearing to understand exactly what is involved in achieving a seemingly worthy target. Just don’t look too closely at the cost.

The International Energy Agency, an oil industry think tank, is the latest organisation to sing the praises of net zero, which is a concept for the world to rein-in its carbon dioxide emissions to achieve a CO2 balance by 2050.

But it took a Swiss investment bank Credit Suisse to point out (tongue in cheek) that net zero could only be achieved by taking 400 “easy” steps that include:

• car drivers to limit their speed to 100 kilometres an hour;

• air-conditioning to be set at 24 degrees Celsius in summer and 20 in winter;

• international air traffic to be limited to 2019 levels; and

• a rapid expansion in hydrogen production as an oil-coal replacement.

All do-able but calling for a global change of mindset and everyone playing along.

Given that Japan and Norway, two of the IEAs traditional supporters, have raised doubts, it’s easy to see the organisation’s proposal failing to reach first base.