A shortage of rental stock has emphasised the role build-to-rent property developments could play in housing supply. 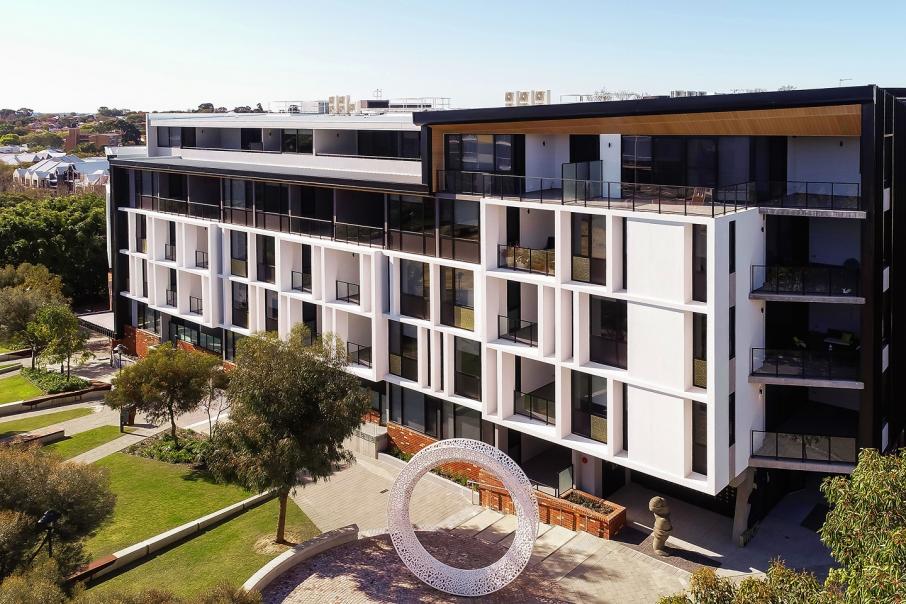 While the concept of build-to-rent (BTR) is nothing new, recent supply issues are helping accelerate the argument for the model’s broader adoption.

Perth’s residential vacancy rate has continued to hover close to its 40-year low of 0.8 per cent for the past few months, prompting industry bodies and government to rethink how the rental market operates.

Unlike standard development practice in Australia – where residential developers build to sell – dwellings under a BTR model are retained by a property developer, or a managed investment trust, which then owns and leases the residences.

The BTR model is one of the biggest asset classes in the US but remains an emerging market in Australia.

“With WA on the verge of a rental crisis, there has never been a more important time than now for policy makers to support the development of a thriving BTR sector.”

Lack of investor appetite has been another influencing factor, according to Urbis director property, economics and market research, David Cresp.

However, low interest rates and yield compression had started to attract investor interest, with residential property yields delivering returns in line with other commercial assets.

The latest ‘BTR Snapshot’ report from Urbis, co-authored by law firm Allens, outlines tax reform as one of the key policy tools that could accelerate investment in BTR: to make tax in the BTR sector equivalent to other commercial property types (with residential returns currently taxed at a higher rate), and to consider land tax concessions.

Other policy changes outlined in the report included the treatment of BTR in state planning policies to be governed by specific design and development guidelines.

Speaking at the group’s BuildTo-Rent: Stimulating Recovery, Ensuring Resilience webinar last week, Allens partner Felicity Rourke said policy was starting to trend in the right direction, with NSW considering most of those suggested policy changes in its draft BTR framework in July.

Ms Rourke said there were additional incentives government could implement, pointing to the UK where height or density bonuses were awarded when a component of a project was held as affordable housing.

For Urbis director Mark Dawson, one of the biggest challenges facing the BTR market was the industry understanding what BTR actually was.

“BTR will have a catalytic impact on broadening the spectrum of housing in Australia,” Mr Dawson told webinar attendees.

“What everyone’s craving is proof of concept, so let’s learn from these first few projects, understand what works well and try and bring the best bits to the planning framework.”

Upon completion, it will house 264 rental apartments, with the third and final stage of the project receiving development approval in early November.

Being a first mover in any market is always a risk, but Sentinel president Michael Streicker said it had proved successful so far, Element 27’s first phase 100 per cent leased.

“Over our 51 years of BTR operations in the US, that product has changed considerably, so we have learned what works and what doesn’t,” Mr Streicker told Business News.

Mr Streicker said the primary reason for a lack of BTR product in Australia was the historical financing of developments.

A BTR development relied on a long-term capital source to fund the equity of the development, rather than standard pre-sales method.

“Up until recently, the combination of a developer interested in building a long-term rental community and an investor interested in owning an asset for an extended period of time, had not existed in Australia,” Mr Streicker said.

With BTR, he said, investors benefitted from entering a development at the cost of the property, not the marked-up level sold under a typical build-to-sell development.

“The difference can be considerable, as our current investors have ‘purchased’ the property at gross yield of over 6 per cent,” he said.

“Additionally, the stable nature of the cash flow means investors get an actual dividend from owning apartment investments. Currently, our Element 27 project in Subiaco has a distributable income yield of over 7 per cent.

“There’s a lot of opportunity for growth in the BTR sector in Perth and throughout Australia; [it’s] extremely attractive globally, given its population and economic growth.

“(Consider) the high cost of housing, which is driving Australians to increasingly rent their residences, and you have, in our opinion, a strong investment market for years to come.”