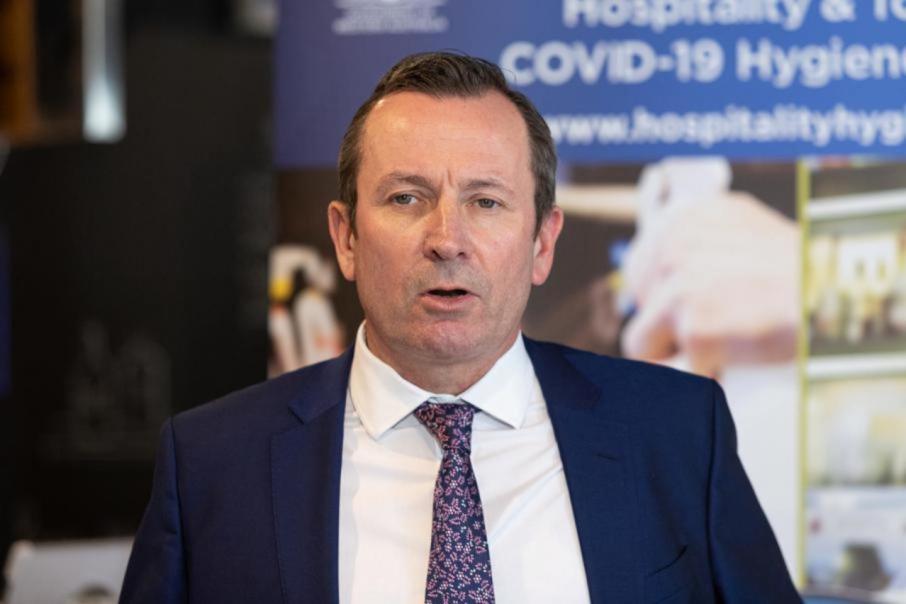 Mark McGowan defended the deputy chief health officer's decision to take leave, saying those in the public and private sector were entitled to take their leave. Photo: Gabriel Oliveira

In a press conference this morning, opposition leader Zak Kirkup confirmed that he had requested a briefing about any possible personnel or management changes within the Department of Health after finding out that health incident controller Dr Robyn Lawrence, who oversees the state’s hotel quarantine system, had taken leave until March 1.

Mr Kirkup said he had requested the briefing after hearing that there may have been an offer of a resignation that was later rescinded.

The news comes amid two concurrent investigations into how a security guard at the Four Points by Sheraton hotel in Perth's CBD contracted the highly contagious UK variant of virus from a returned overseas traveller late last month and the integrity of the state's hotel quarantine system.

The breach sent the Perth metropolitan, Peel and South West regions into a five-day lockdown, as the guard had visited several sites in the days after he is believed to have become infected.

During a press conference this afternoon, Mr McGowan defended the decision, saying that while he did not know the exact details of the decision, it had been a stressful year for those in the health care sector and that staff were allowed to take leave.

“People are allowed to take leave,” he said.

“There are 130,000 people working in the public sector and the private sector, they take leave.

“It’s obviously been a very, very stressful year and we’ve been through a lot.

“The people working in health, in particular, have been through a lot.

“I don’t know the exact details, but I know that the Police Commissioner recently took a months’ leave, much-deserved, and that didn’t result in comment.

“All I’ll say is that people can take leave and that’s a matter for them.

“We have very capable people working in our health system that manage these things.”

Mr Kirkup, who has not yet received a response to his briefing request, said it was crucial that there was someone overseeing the administration of the state’s hotel quarantine system, which had been an important part of keeping Western Australians safe.

“The deputy chief health officer was responsible for the rollout and administration of the state’s hotel quarantine system,” he said.

“We don’t know if there’s been personnel or management changes as a result of the failures or what’s happened in our hotel quarantine system.

“It would concern me greatly if the deputy chief health officer, if the person who is responsible for the management of our hotel quarantine system isn’t in charge, isn’t there or if something has happened and we don’t know about it.

“I don’t know what’s happened, but we’re trying to get some clarity and some insight into that.

“We need to have someone in charge of that and we also need to understand if there’s been management changes because of the failures and what has occurred there.”

The investigations are being undertaken by WA Police and health authorities, with the findings expected to be presented in the coming weeks.