Premier Colin Barnett has cut the ribbon to mark the official opening of the new $217 million underground Perth Busport, with services to begin this weekend. 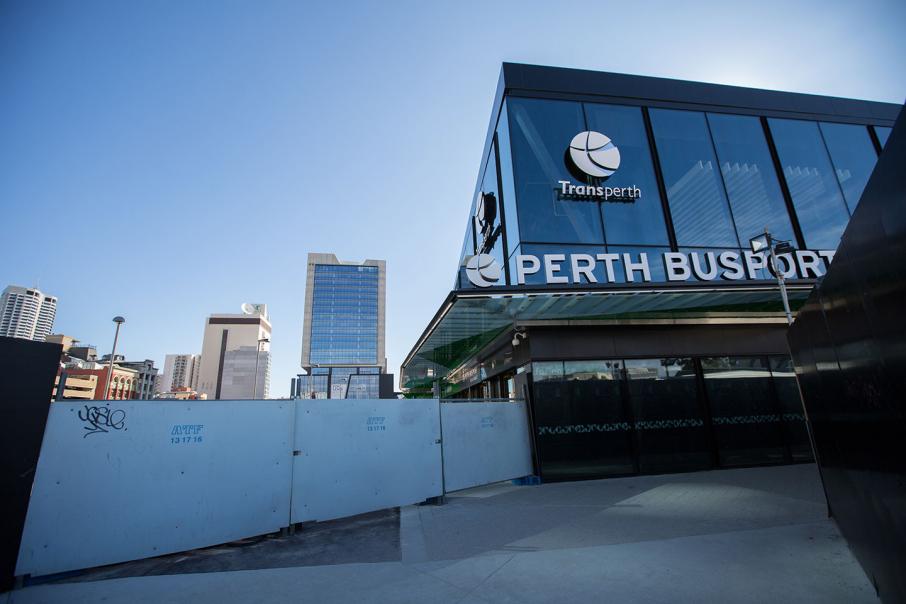 The new Perth Busport will begin operating on Sunday.

Premier Colin Barnett has cut the ribbon to mark the official opening of the new $217 million underground Perth Busport, with services to begin this weekend.

Joined by Transport Minister Dean Nalder and Perth Lord Mayor Lisa Scaffidi at the opening ceremony this morning, Mr Barnett said the new infrastructure, designed to work and feel like an airport terminal lounge, reconnected the inner city with Northbridge.

“The new busport has been superbly designed and efficient in terms of transport,” he said.

“More people travel on our buses than travel on the train system. Buses are integral to the whole public transport system.

“With some 1,400 buses a day using this, and tens of thousands of bus passengers coming in and out of work and in and out of the city, will be delighted when from Sunday onward they see what’s available.”

Mr Nalder said the new busport was designed and built to manage Perth’s public transport demands for at least the next 30 years and beyond.

“The state-of-the-art facility will enable 50 per cent more buses to use it than the old Wellington Street facility,” Mr Nalder said.

“We want people in WA to see public transport as the smart choice for moving about in this city in the future.

“I believe this busport goes a long way to providing that as a living example of why people can and should catch public transport in a convenient way through to the CBD.

“We know that providing direct access and improving times, and keeping buses out of congestion is an important part of making an efficient public transport solution for the people of Western Australia.”

The will be a public open day on Saturday, with operations and services to begin from Sunday.