Prelude to an LNG drag race

OPINION: The resources world is watching to see how the technology on Shell’s Prelude platform performs against Inpex’s more traditional Ichthys operation. 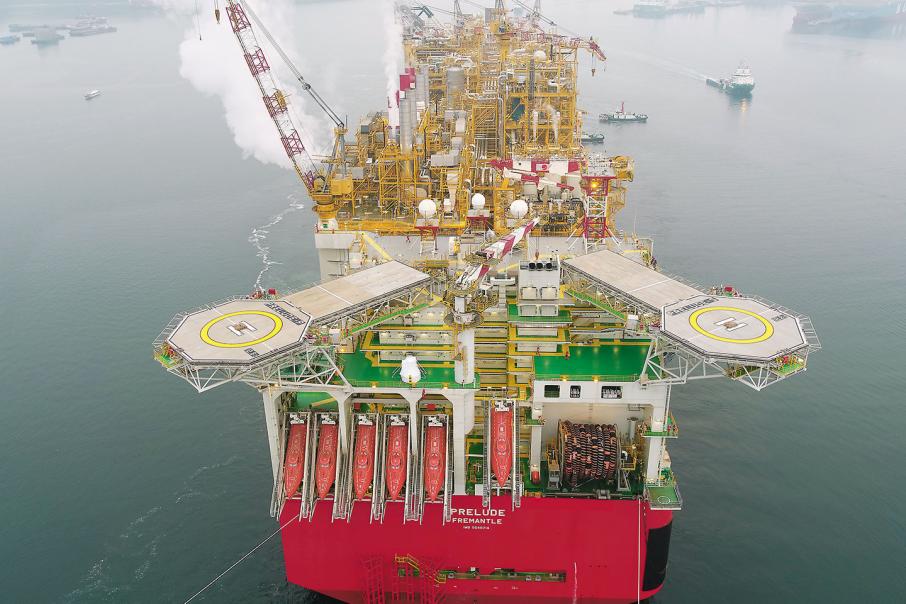 The giant Prelude platform is on its way to WA’s north-west coast. Photo: Shell Australia

The giant Prelude floating liquefied natural gas platform en route to the Kimberley coast could be the start of a resources revolution, but it could also turn out to be another resources sector flop, with a looming $50 billion LNG ‘drag race’ likely to provide the answer as to which.

The world’s biggest vessel and the largest offshore facility ever constructed, Prelude is a monster barge designed to be parked over deep-sea gas fields, where it will perform all the functions of a shore-based LNG processing centre.

About 30 kilometres from Prelude’s first location, which is a gasfield of the same name, is the newly arrived Ichthys Explorer, a semi-submersible gas production platform designed to tap the Ichthys gasfield before sending it by pipeline to an LNG processing facility in Darwin.

The fact that two LNG projects are being finalised at the same time, in broadly the same region off the coast of Western Australia, is one reason the oil and gas world is watching carefully.

However, the major reason the world is watching is that, while Ichthys is a conventional LNG development consisting of a production platform, pipeline and onshore processing centre, Prelude is the biggest experiment yet in floating LNG (FLNG).

Shell could have chosen the same development route as Inpex but preferred to trial its FLNG technology, which has the potential to turn currently uneconomic gasfields that are too small, too remote, or in water too deep, into financially viable prospects.

The initial phase of this hugely expensive race will be to see who produces first LNG. Ichthys is the expected winner because its platform is on site and the process of bringing gas ashore has started.

The second phase is more important because it’s the test of which technology is more profitable; that question will take much longer to answer, however, because both Shell and Inpex clam up when the issues of finance and costs are raised.

Neither company is willing to talk about the commercial prospects of its project. One reason for the deep silence around money is that both projects were approved when the oil price was a lot higher (closer to $US100 a barrel) than the current $US48/bbl, with the oil price used as the basis for selling LNG.

In addition, both projects have suffered the usual bout of construction delays and cost blowouts. Ichthys is believed to have cost around $US36 billion, Prelude a reported $US14 billion.

In other words, the LNG drag race between floating and fixed facilities looks fairly even at the start, with the variables likely to be reliability of plant and equipment and the challenge of operating an 890km pipeline to Darwin (Ichthys) versus operating a giant barge permanently moored at sea (Shell).

Prelude is the more important of the two projects for WA because, if it works as designed, there are at least 30 other remote and relatively small gasfields that might be amenable to exploitation via the FLNG route.

While it is the Prelude and Concerto gas fields that will be the first to feed Shell’s giant barge, there is a long line of other nearby fields controlled by different companies waiting to be developed, including Echuca Shoals, Crown, Kronos and Pharos gas discoveries.

Further east of Prelude are some of the earliest gas discoveries off the northern Kimberley, including Tern, Petrel and Frigate, while a call of the undeveloped gasfield card continues down the north-west coast, where FLNG technology could be the difference between commercial development and another few decades in the ‘orphan’ gas category.

Most of these (and other nearby) fields could be amenable to FLNG, if it proves to be technically and commercially viable.

The technical jury judging FLNG will be quick to return its verdict. The financial jury is likely to remain out for some time, with a higher oil price likely to be the key to success.