Supply has been a major constraint for housing affordability, but are Perth’s developers catching up to demand? 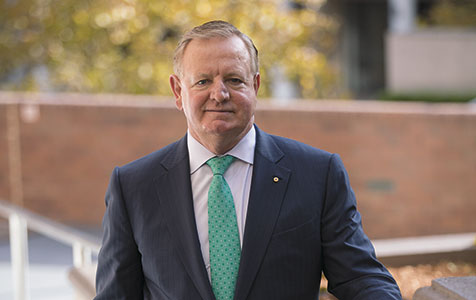 Supply has been a major constraint for housing affordability, but are Perth’s developers catching up to demand?

Mr Satterley, who heads the biggest land developer in Western Australia, according to the Business News Book of Lists, said last week that land supply had caught up with demand, estimating that developers created 17,000 lots over the past year.

His estimate was closely aligned with official figures from Landgate, which showed there were 19,562 freehold lots created by developers during the 2013-14 financial year.

“We are just hitting a sweet spot in the new homes market with good lot choice and price options,” Mr Satterley said.

But the Housing Industry Association said there were 27,582 new home starts in the 2013-14 financial year, up 14 per cent on the previous 12 months and an all-time high.

While Mr Satterley is understood to have been referring largely to lots that have sold but are yet to be titled, and in some cases would not be titled for up to eight months, Mr Ryan said land remained in short supply in the metropolitan area.

Mr Ryan said BGC would buy more than 500 blocks of land to accelerate housing production if it was available.

“No-one believes for a minute that land developers have caught up with supply and that there’s a wide variety of plot sizes and price range available today.”

Mr Ryan said supply side issues were being exacerbated by the fact that developers were largely pre-selling land before it was ready to be built on.

“What that’s effectively done is pulled a whole lot of land forward,” he said.

“If we said for example: ‘no-one is allowed to sell land unless it’s titled, or unless it’s within two months of title’, there probably wouldn’t be a block sold for the next six months.

“So we’ve paid it forward with land, and now we’re in a bit of strife because we have to play catch-up.”

Lend Lease communities general manager for Western Australia, Anthony Rowbottam, said one of the reasons developers were forced to pre-sell lots so far ahead of getting title was because the market had been undercapitalised since the GFC.

“Most land developers need to get pre-sales up before they start civil works, so it comes down to how they fund their projects,” Mr Rowbottam told Business News.

“A lot of that is to do with APRA restrictions on lenders, which limit their ability to pre-fund.

“In short, you need a lot more equity now to get ahead of the game.”

“While their land is being built, the housing price is going up,” he said.

“The challenge for companies like Lend Lease is to get ahead of the curve and get projects up.

“We need to be working with builders to get complete house and land packages together, but it takes some maturity in a project to get to that point, and you’ve got to have like-minded builders to provide a variety of packages for those market segments.”