THE credit crunch continues to tighten conditions in the Perth property market, with some new apartment developments requiring close to 100 per cent pre-sale to proceed. 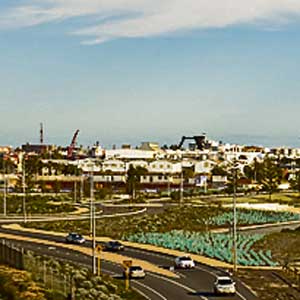 THE credit crunch continues to tighten conditions in the Perth property market, with some new apartment developments requiring close to 100 per cent pre-sale to proceed.

After selling out its first stage release in June, Multiplex Living is reportedly required to have secured almost full pre-sale of the second stage of its Leighton apartment development.

The second stage release, recently launched to the market, is for the remaining 15 apartments priced between $2 million and $6 million.

The development involves two buildings, one at the front facing north-west with 30 apartments and a second building facing south-west with 15 apartments.

The first stage release was completed earlier this year and resulted in 20 luxury apartments selling off the plan at an average price of $3.7 million.

Construction was originally slated to commence in September 2008 and be completed by late 2010, but the start date has been pushed out to the first quarter of 2009 with completion expected by 2011.

But, he said, the company was working towards that goal.

"If the project's solid and the customer is solid, banks are still keen to lend to projects like this," he said.

Mr Steens said enquiry was coming from owner-occupiers, with little interest from speculators or investors.

Apartment projects can require about 50-60 per cent pre-sale to cover development costs, with some projects requiring 100 per cent as financing requirements become tighter.

The $150 million Leighton apartment development is part of the coastal village development incorporating a hotel, shops, cafes and restaurants.

About 48 apartments and 12 luxury penthouses have already been sold in its first release, launched in December 2007.

The second, and final, release of residential apartments is to be launched to the market later this month.

Called Aspera, the development features 61 apartments over five-levels, priced from $900,000 up to $3 million.

First released in July, almost a dozen apartments have been sold to date.

Completion was originally slated for 2010, however the complex now isn't expected to commence construction until late 2009-early 2010.

Aspera is the first of a number of apartment developments slated for the $700 million Port Coogee marina and residential development.

A second proposed development, to be called Amoria, will feature 38 one-, two- and three-bedroom apartments located on the beachfront, with a starting price of $2 million.