Both sides of politics will argue over costings until election day, but we can still expect a barrage of public transport promises. 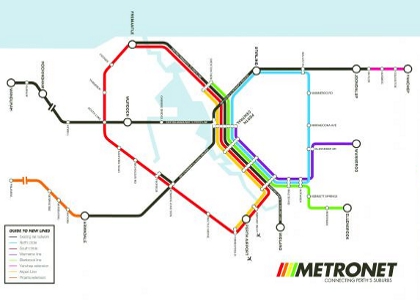 Both sides of politics will argue over costings until election day, but we can still expect a barrage of public transport promises.

MY views on public transport are well known to readers.

Like almost every human on the planet, except those in the car-making business, I love the idea of communal transportation solving the twin plagues of congestion and pollution.

But I have also given a fair bit of personal attention to the cost of public transport, especially rail.

My back-of-the-envelope calculations show that for every rail journey, an average passenger pays just one third of the operational cost of that trip, or just one quarter of the cost if capital is accounted for.

Imagine what that means for the state’s accounts, every year for the next few decades, if we add several billion dollars worth of loss-making public transport infrastructure.

So every time we hear people raving about the success of Perth’s railways or whinging about crowded trains, it ought to scare us. Just like you can’t build enough roads to meet the demands of road users, likewise you simply can’t create a rail network that will satisfy the public.

The big difference is the usefulness. Rail is terribly inefficient in a place like Perth. It is high cost, inflexible, and tends to be peak driven.

Roads are also expensive but they are much more flexible, and are used heavily throughout the day, with peak commuter traffic replaced by commercial vehicles that can’t operate on specialist commuter rail networks.

State Labor leader Mark McGowan knows that promising to deliver trains to the ’burbs is a political winner.

Almost no-one is against it.

Firstly, the direct beneficiaries at the fringes of the ever-growing metropolitan area are overjoyed. They need only see the name of their suburb, or one nearby, to get excited. And, why not? The value of their property will lift as a result of this handy transport alternative.

Property developers know this, which is why they pitch hard to get a railway station near their estates.

But the winners are not just the fringe-dwellers who will still own and regularly drive a car.

Existing road users rejoice at the potential reprieve to the congestion they are experiencing, as if taking 40,000-50,000 people off the roads makes much of a dent when you have 78,000 people arriving to live in the state in just one year, mostly to Perth.

The inner-city dwellers love it because it adds an air of sophistication to the city.

Big business loves it too, because its employees, especially in the CBD, want it. Watch how building development in CityLink, near the central railway station, is outpacing less conveniently located Elizabeth Square.

There is also an airport link that will be a popular concept, until it is built, and everyone realises that Perth station is nowhere near a hotel.

It is amazing what some colourful lines on a map will do.

What gets me most is almost all those people who are wedded to trains are almost universally opposed to medium-to-high-rise living, which is really the only way to make rail networks stack up.

But there is an alternative to railways that is cheaper, more flexible and more adaptable to the existing road network. It is buses.

Buses might not be as sexy as trains – more Jakarta than London – but they work.

If the true cost of transport were passed on to all users, buses would win, especially if we had toll roads to clip the ticket of car drivers.

It is a pity that the Mandurah line was built when it was. As I have written previously, the development of big areas south of the river would have offered the perfect opportunity to compare the cost and convenience of rail in the north with a bus system in the south. Instead, fast bus lanes down the centre of the Kwinana Freeway were replaced with railway tracks.

It is a shame because we might have been able to devise a better system. Buses (or road-based public transport) can come in all shapes and sizes – from coaster-sized vehicles that could almost be suburban taxis, to huge articulated beasts that would rival the capacity of the trains we see in off-peak periods.

Buses employ more drivers than trains, they are cheaper to buy, maintain and replace. And the infrastructure they need already exists.

Oddly enough, Mr McGowan’s move has an even more political dimension, because even though he has aimed much of his rail network at suburbs that are still growing – and therefore have fewer voters than established electorates – he has picked areas that run through or alongside marginal seats where only a few votes are needed to win. Labor only requires a few seats to win office, so it is a clever move in that respect.

His ‘south circle’ line conveniently cuts along the boundary of three of the most marginal seats in the state – Riverton, Jandakot, and Southern River.

His ‘north circle’ line goes through Morley, a seat he hopes to win back, and Ellenbrook, a line that reminds the people in one of the state’s fastest growing areas they were promised a railway last election.
We’ll know soon enough if this move was the big winner for Labor or if the true cost of the project will start to dawn on the voting public.

Of course, the coalition is not immune from this disease.

Road congestion is an election issue in its heartland and the conservatives have already promised a light rail network that was backed by transport aficionados when it was launched. It too has targeted areas to the north of Perth that the Liberals would like to have or hold.

But trams are not as exciting as trains and the government’s proposal looks like a child’s toy next to the Labor solution.

But that is what elections are all about.