Of the five new ministers in the Barnett government, the most interesting prospect is Energy and Finance Minister Mike Nahan. 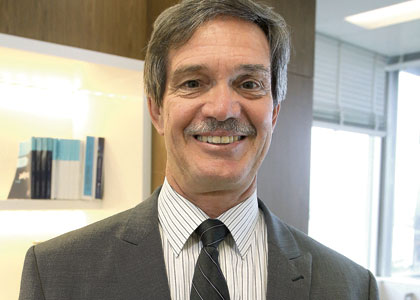 Of the five new ministers in the Barnett government, the most interesting prospect is Energy and Finance Minister Mike Nahan.

MIKE Nahan’s critics like to paint him as a right-wing free-market ideologue, but that is a simplistic picture.

He has a track record of working cooperatively with Labor politicians during his first term in parliament, and he has been criticised by industry groups, notably petroleum group APPEA, for favouring overly-interventionist policies.

So who is Mike Nahan, the state’s new energy and finance minister?

He is one of five new ministers sworn in last week, along with 33-year-old Albert Jacob in the key environment portfolio and Broome-based Ken Baston in agriculture.

Of all these, Mr Nahan is the only new minister who has a history of publicly advocating major policy reform, mostly in his past life as a director of free-market think tank, the Institute of Public Affairs. But it remains to be seen how his past pronouncements translate into policy, especially when Premier Colin Barnett already holds strong views on energy policy.

For instance, when asked last week, Mr Barnett again refused to rule out a remerger of energy utilities Verve and Synergy, despite widespread opposition to this idea in the business community.

Instead, he said Mr Nahan’s number one priority was to “reduce the costs of the operation of the energy system”.

During the election campaign, Mr Barnett pledged to keep utility charge increases to around the rate of inflation. This means the policy favoured by free-market advocates – lifting energy tariffs so they fully reflect the cost of producing power – has effectively been ruled out.

In his 2008 maiden speech, Mr Nahan recognised he would need to change.

“The transition to politics will be interesting, but it will not be a case of abandoning ideas for politics, for I am determined that the two shall not be mutually exclusive,” he said.

“It is my intention to use my experience and skills to help ensure that we … combine good policy with good government and good politics, and principle with pragmatism.”

His two political heroes, cited in his maiden speech, approached the reform task in different ways.

Former federal Liberal MP John Hyde has long been a standard bearer for small government and free markets, and continues to be active in think tanks like the Mannkal Foundation.

However, he never had much chance of putting his ideas into practice; he was one of the original ‘dries’ at a time when the Liberals were controlled by ‘wets’ such as Malcolm Fraser.

Former Labor MP Peter Walsh isn’t really one for speeches and ideologies, but in practice has done a lot more for small government than most Liberals ever will.

He was finance minister in the original Hawke government and in that role led the charge against wasteful government spending and extravagant middle class welfare.

In Mr Nahan’s 2008 maiden speech, he nailed his colours firmly to the free-market mast.

“I believe that open, competitive markets, although imperfect, and, at times like now, volatile and harsh, are the best means of allocating resources, creating jobs and wealth, ensuring freedom and prosperity and preserving the environment,” he said.

A more recent guide to Mr Nahan’s thinking was a 2011 parliamentary report he chaired into domestic gas prices.

The report, titled ‘An Inquiry into Domestic Gas Prices’, was notable for several reasons.

One was the ability of Mr Nahan to reach agreement with Labor’s Bill Johnston, who was also on the committee of inquiry and continues to recommend the report when speaking at industry functions.

It will be interesting to see how well the two men work together, now that they are minister and opposition spokesman.

Another notable feature of the report is that it actually reached firm conclusions and made clear recommendations – in contrast to the state government’s ‘Strategic Energy Initiative: Energy 2031’ directions paper, released the same week.

The latter, signed off by former energy minister Peter Collier, was mostly populated with bland generalisations, to the frustration of many people in the energy sector.

The parliamentary report did not read like the product of a free-market ideologue; its main focus was actually on market failure in WA’s energy sector.

It recommended WA establish a gas market monitor to improve the operation of the market, and supported the maintenance of the state’s gas reservation policy, which requires up to 15 per cent of gas deposits being reserved for the domestic market.

It also concluded that the state’s experience since 2007 was “inconsistent with a well-functioning market”.

Its report found the sharp rise in domestic gas prices in recent years can be attributed to insufficient domestic gas processing capacity, which has “largely resulted from an inefficient market lacking in competition, transparency and liquidity”.

“Under such circumstances, some form of policy intervention in the market is warranted,” it concluded.

“The committee’s strong view is that the government should look at implementing policies that de-link the domestic gas market from the international LNG market.”

“APPEA disagrees with the committee about the merits of the gas reservation policy and recommendations to make it more interventionist and prescriptive,” he said.

Outside of his new portfolio areas, Mr Nahan’s maiden speech advocated two policies that might prove even harder to achieve than an energy policy that suits all.

He wants the government to complete Roe Highway, and he wants a debate on abolishing the Legislative Council.