Business leader John Poynton has detailed the challenging year he has endured, dissecting his role at Crown and the retention of Nev Power on the Strike Energy board. 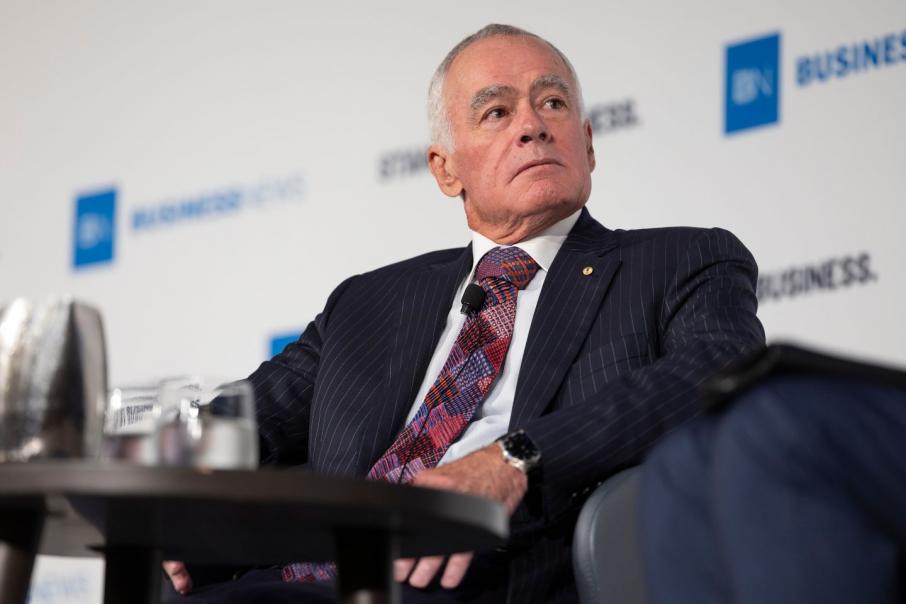 Business leader John Poynton has detailed the challenging year he has endured, dissecting his role at Crown and the retention of Nev Power on the Strike Energy board.

Speaking at a Business News Success & Leadership breakfast event before 400 guests this morning, Mr Poynton was open about the vulnerability he had felt as various inquiries into Crown investigated his role as a director.

But it was the decision making around Mr Power’s status on the board of Strike that was most revealing.

Mr Poynton said it had been a challenging time as a director, especially given he was already in the spotlight after two earlier inquiries.

This notably included the Perth Casino Royal Commission, which had forensically investigated his role at Crown, including as a member board of Burswood Ltd, the company that oversaw the Perth operations where big regulatory failings were revealed.

With that in the background, Mr Poynton was chair of Strike when its deputy chair, Mr Power, pleaded guilty earlier this year to breaching the state’s strict COVID travel laws, a conviction that earned him an eight-month suspended sentence.

Mr Poynton said the board had considered both the law and views of shareholders before deciding against forcing Mr Power to relinquish his directorship, even though he had stepped down from numerous other organisations.

He said the letter of the law was quite clear.

“If he is not going to resign, you can’t force him to,” Mr Poynton told the audience, although speaking after the event he made it clear it never came to that in the boardroom.

Furthermore, he said the board had spoken to major shareholders, who backed Mr Power to return after a leave of absence.

Reflecting on a consistent broader theme during the breakfast discussion – that directors were on boards to add value – Mr Poynton made it clear he believed that, as a former Fortescue Metals Group CEO, Mr Power's vast experience would be important.

“Will that person add value as we approach building a $3 billion urea plant and all those things we are trying to do?” Mr Poynton asked rhetorically.

“The answer is yes.

“The check and balance is what do the shareholders think, and they agreed.”

Perhaps wearing the shoes of someone who had felt the intense criticism in the public eye, Mr Poynton also showed a more human approach to what he admitted was a very grey area of decision making that was complicated by his friendship with Mr Power.

It was, he said, also a question of character.

“He is contrite, this is a complete aberration,” Mr Poynton said.

“Do you punish him forever?

“It is not black and white, I am not saying it was.”

In addition, Mr Poynton said there was enormous amount of support for Mr Power in the community.

In the end, he said Mr Power was up for re-election at Strike's annual meeting at the end of the year and shareholders could make up their own minds as to whether they supported him and board’s decision to back him.

In speaking of the difficulties that arose at Crown, Mr Poynton maintained his position that he saw no red flags that indicated Crown was being used to launder money or engaging in illegal activity

Mr Poynton was appointed a non-executive director of Burswood Ltd in 2002, later serving as director of Crown Resorts and chairman of Crown Perth, until his resignation in March 2021.

One of the challenges was how much the public criticism was directed at him when others escaped similar scrutiny, he said.

Mr Poynton said this was not just in terms of other directors who had the same information as he had, or had even served longer terms.

Specifically addressing the arrangement to represent the interests of James Packer - who controlled Crown’s major shareholder in an agreement that required him to supply confidential information if requested - Mr Poynton said there were full-time Packer employees on the board who were far more likely to have been the conduit of such information if it had ever come to that, but their roles did not get the same level of scrutiny.

Mr Poynton said he was the subject of relentless criticism but was guarded about why he felt he was singled out.

“You might argue it looked like I was the only director of Crown given the media attention, whereas there were lots of other people involved, some who had much more tenure and more influence,” he said.

“That is letting the facts get in the way of a good story.

“It is unfortunate that some people in the media choose to be so personal and, to a degree, not so much providing balance because you do create victims.

“And I can say a lot of people were very sympathetic, including people inside the media organisation throwing rocks, and also friends of the proprietor feeling deeply uncomfortable about the treatment because not so much they felt sorry for me but, me today and them tomorrow.”