Opinion: Two high-profile billionaires have the state government in their sights, and Premier Mark McGowan has some tough decisions ahead. 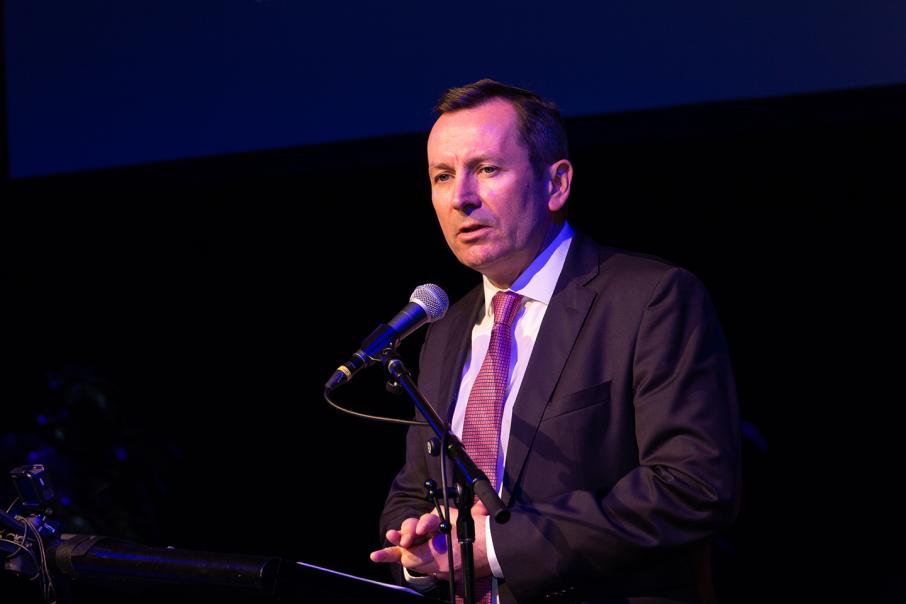 Opinion: Two high-profile billionaires have the state government in their sights, and Premier Mark McGowan has some tough decisions ahead.

Business and politics never mix well, especially in Western Australia, which is why alarm bells should be ringing in the office of Mark McGowan as two very rich businessmen face the potential for dispute with the state government.

Mr Forrest, the man behind Fortescue Metals Group, has been working to create an oil and gas business called Squadron Energy, which has, as one of its assets, an exploration licence in the Canning Basin, south of the Kimberley.

While the region has revealed modest amounts of oil in the past, the future hope is gas, with hydraulic fracturing likely required to extract gas in commercial quantities from the tightly packed rocks of the Canning.

Unfortunately for Mr Forrest, his eight onshore oil and gas tenements are located in an area where fracking is banned under new laws proposed by the WA government, sparking a suggestion that it could be lawyers at 10 paces in the Supreme Court.

Fighting against Mr Forrest is never an easy proposition, as some of the world’s biggest resources companies have discovered in the past, with both the BHP Group and Rio Tinto licking their wounds after encounters over railway access.

Mr Palmer, however, is an even more ferocious opponent thanks to his willingness to fight at a legal and political level. This was clearly demonstrated by the recent publication of an open letter to Mr McGowan over a dispute involving the Chinese iron ore producer CITIC Pacific Mining.

Failure to resolve the long-running disagreement between Citic and Mr Palmer’s Mineralogy could cost WA dearly, potentially leading to the closure of one of only two value-added iron ore processing projects in the state. Up to 3,000 jobs would be lost, as would WA’s reputation as a reliable investment destination.

For Mr McGowan, the Palmer versus Citic situation is what might be called an inherited nightmare that has its roots in a boom-time deal that looked good at the time and now looks awful thanks to troublesome technology, cost blowouts, completion delays and, to put a bitter cherry on the cake, an iron ore market that’s turning sour for Citic.

Looking for someone to blame in the Citic dispute is pointless, though much of the damage is self-inflicted because the Chinese company agreed to an unnecessarily generous royalty deal with Mineralogy and then found that it couldn’t generate the cash to either trade profitably or meet the royalty payments.

How Citic could have made such a mess of what is the biggest single investment by a Chinese company in Australia is almost inexplicable.

Rightly or wrongly, Mr Palmer has punched Citic into a corner and is probably enjoying the experience, because it was Citic that tried to alter the payment arrangement of the agreed royalty deal, forcing Mr Palmer into an expensive fight (perhaps in the hope that he could not last the distance).

He did stick it out, and now what was a legal problem between two companies has become a political problem on Mr McGowan’s desk. The premier either sides with Citic and rewrites the terms of a State Agreement, which will be seen as creating a sovereign risk problem for WA, or he sides with Mr Palmer, a political opponent, and risks the closure of the Sino project.

Initially seen as the loser in his Citic standoff, Mr Palmer now holds a winning hand, as commercial and political enemies are forced to make decisions they would rather not.

Meanwhile, Mr Forrest could be laying the groundwork for a legal challenge. And while the Fortescue boss has even deeper pockets than Mr Palmer, and is just as keen on seeking legal remedies to complex problems, the argument against the fracking ban is not as strong as Mr Palmer’s case again Citic.

The key point, however, is that Mr Forrest has a reputation for actively pursuing his objectives and therefore it is likely to end up before the Supreme Court (and possibly the High Court) – at about the same time as Mr Palmer seeks a legal remedy to his ongoing dispute with Citic, and most probably the WA government.

It’s perhaps not accurate to equate what’s happening with Messrs Palmer and Forrest regarding their differences with the WA government with events of 30 years ago, when a group of WA businessmen became entangled in government affairs, but two billionaires taking aim at the state government at the same time has a concerning feel about it.

• This is a corrected version of the original article, which asserted Mr Forrest has “taken aim” at the state government, and “is getting ready for a legal brawl” with the state.