SPECIAL REPORT: The 2016 Business News person of the year talks about his upbringing, influences, company culture, cost cutting and innovation. 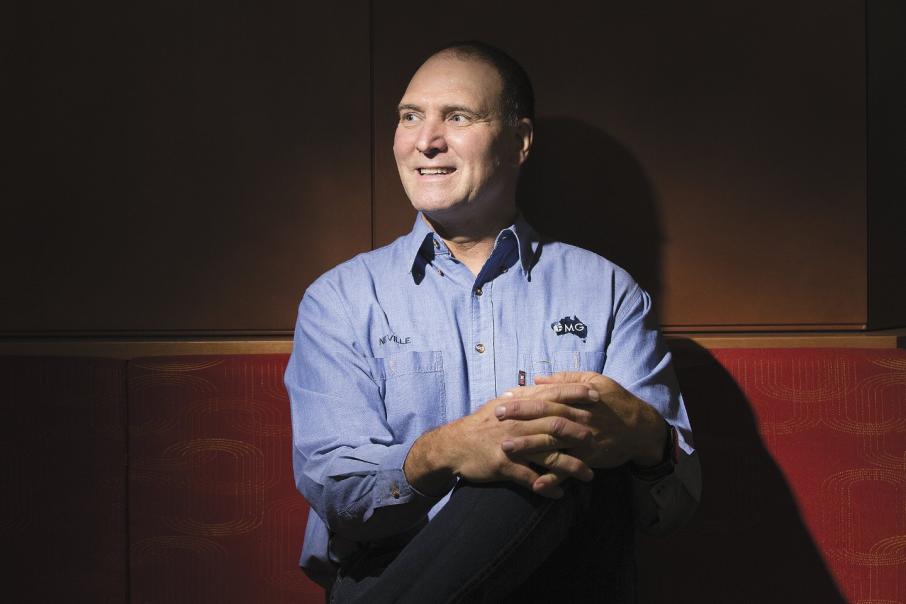 The 2016 Business News person of the year talks about his upbringing, influences, company culture, cost cutting and innovation.

This came after 11 consecutive quarters of C1 cash cost reductions at Fortescue.

That track record, combined with a surprising recovery in iron ore prices, has driven a spectacular rebound in the miner’s share price over the course of 2016 to a recent high of $6.84.

After adding in dividends, the company delivered total shareholder returns of 210 per cent for the year to November, according to data in the BNiQ Search Engine.

“Every single part of the business has contributed to that result,” chief executive Nev Power told a Business News Success & Leadership breakfast this month.

“Our approach really goes to the underlying Fortescue culture, and that is about working out where we want to be, setting those stretch targets and then empowering, engaging and encouraging our people to come up with innovative ways to solve it.”

“Have a very brave plan A, always push the boundaries and the limits, but also have a plan B in your back pocket,” he said.

Mr Power believes Fortescue’s values have been very consistent over time, but the company’s culture evolves every day.

“Every person shapes culture the way they turn up for work in the morning,” he said.

“We encourage everyone to look in the mirror, pump up their life, get their energy flowing and go to work with a positive attitude, and to deliberately lift everyone around them.”

Mr Power, who grew up on a cattle station in north-west Queensland, shared some homespun advice from his mother.

“My mum used to say ‘attitude is contagious, make sure yours is worth catching’,” he said, crediting his upbringing with an affinity for Fortescue’s operations.

“The Pilbara looks a lot like home,” Mr Power said.

“Anywhere north of the 23rd parallel is home for me.”

He said cost control had been a constant theme throughout his working life, from the family cattle station to his years at Mount Isa Mining, Thiess and Smorgon Steel.

However, he emphasised that Fortescue did not look at cost cutting in isolation.

“The reason for that is that we want this to be sustainable.”

The lowering of strip ratios at Fortescue’s mine sites, and the upgrading of low-grade ore through its processing facilities, have been the biggest contributors to cost reduction.

Mr Power said Fortescue was always on the lookout for useful innovations, which could be drawn from other industries.

“We’re trying to look at practical, pragmatic things,” he said.

“Within Fortescue we call it shamelessly stealing ideas from anywhere you can find them.”

Notable innovations that Fortescue (and other big miners) have pursued include integrated operations centres in Perth to monitor and control mining operations in the Pilbara, and the use of driverless trucks.

Fortescue has 54 driverless Haulpak trucks, out of a total fleet of nearly 300, and has been evaluating the introduction of autonomous drilling rigs.

But in contrast to some of its competitors, it has no plans to introduce driverless trains.

Mr Power said he continued to learn every day.

“It’s something we constantly need to do,” he said.

“A thirst for knowledge and being inquisitive and learning lots every day is really important.

“As an organisation, we need to be continuously learning.

“As human beings, we are very adaptive to challenges and overcoming obstacles.”

Mr Power said he loved his job, and that provided an inherent stress reliever, but also loved flying, which provided him with a complete break.

“I’m a passionate aviator – helicopters, aeroplanes, anything that will get off the ground is fair game,” he said.

“It keeps you very sharp and focused.”

His interest in aviation started on the family station, when he mustered the cattle.

“I still do that, I do a lot of the mustering on our cattle station,” Mr Power said.

He also joked that, despite appearances, he enjoys yoga and working out.

“I like to keep a high level of physical fitness, that is really important. If I haven’t worked out for a few days, I start to miss it.”

Mr Power said he and Fortescue chairman and founder, Andrew Forrest, had complementary styles and were usually on the same page.

He believes the company has acquired its own identity separate from Mr Forrest, who remains a one-third shareholder.

“I do believe Fortescue has become an entity separate from Andrew, and people have recognised that,” Mr Power said.

Mr Power left the Success & Leadership audience with a piece of advice that could have come from the mouth of his chairman.

“The first piece of advice, and it is quintessential Fortescue, is never ever give up,” he said.

“There is always a way to get things done.”