ANALYSIS: The dust has hardly settled but the blame game is already under way over the Liberal Party’s disastrous performance in Western Australia’s state election. 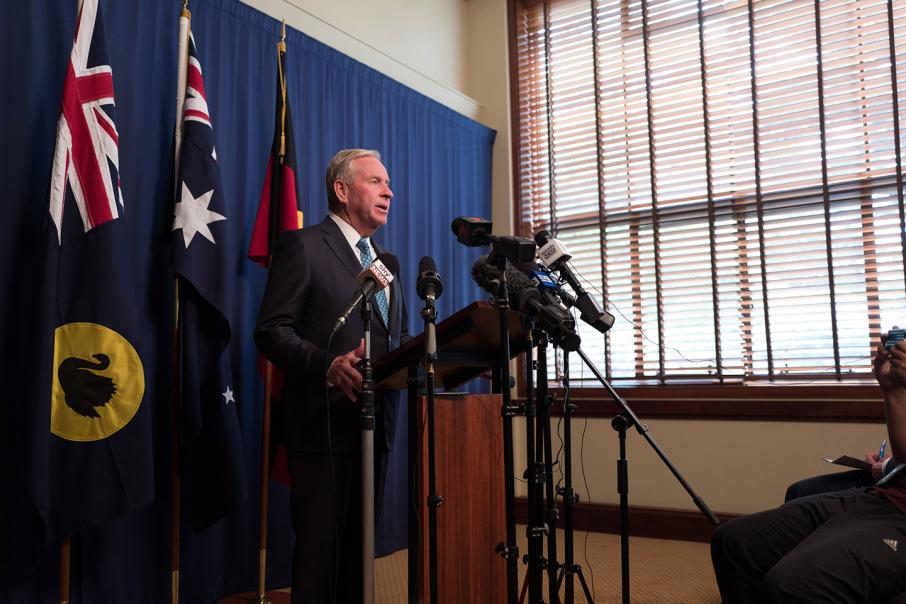 Colin Barnett may have paid the price for his leadership style. Photo: Attila Csaszar

ANALYSIS: The dust has hardly settled but the blame game is already under way over the Liberal Party’s disastrous performance in Western Australia’s state election.

Prominent Perth company director John Poynton described the Liberal preference deal with Pauline Hanson’s One Nation party as a huge mistake and cynically opportunistic decision that ‘blew up in their face’.

Referring to the poll, Mr Poynton told ABC Radio on Monday morning that it showed there was a leadership issue.

He said the respondents indicated they were concerned about the government’s style and policies, and felt it wasn’t listening to the people.

“And I think the words ‘arrogant and tired’ were used, ‘we are concerned about the direction and we are probably not going to vote Liberal as a result’,” Mr Poynton said.

“Instead of listening to that and responding in a mature type of way, the people who paid for the free poll to give the advice were castigated, and I guess people are reaping that whirlwind now.

“One of the issues for leadership that came out in our poll is people’s dislike for one-man government. If you talk to members of the parliamentary party, it has been a one-man cabinet as well. It has been ‘my way or the highway’. People don’t like that, and ultimately Colin Barnett has to take responsibility for this.”

State Liberal president Norman Moore, who took full responsibility for the party's campaign, told the ABC that the party’s polling during the past year indicated its primary vote was always low. Twelve months ago, the signs were that the party would lose.

He defended the preference swap with One Nation, which the Liberals had put last on how-to-vote cards in the 2001 election.

“Instead of putting One Nation last (this time), we decided not to commit suicide and put them third last instead of last,” Mr Moore said.

“It was portrayed as if we had put them second, when in fact we had not done that at all.

There has been some good news for the Liberals, with frontbencher Joe Francis, considered a potential leadership contender, edging ahead of Labor’s Yaz Mubarakai in a tight contest for Jandakot.