A collaborative Western Australia-based research project is investigating whether treating hearing loss could reduce the risk of dementia in the elderly. 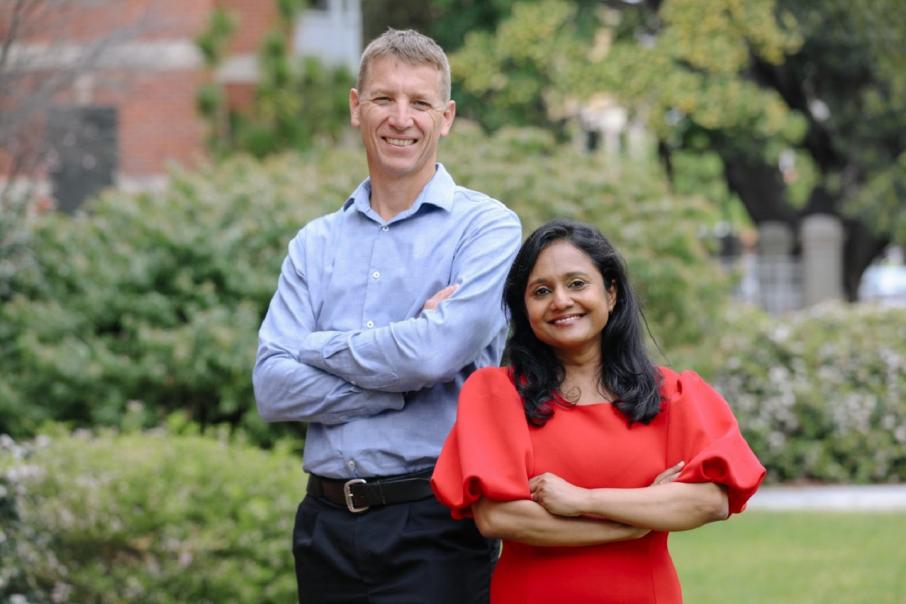 Andrew Ford and Dona Jayakody will lead the trial to investigate any link between hearing loss and dementia. Photo: Matt Biocich

A collaborative Western Australia-based research project is investigating whether treating hearing loss could reduce the risk of dementia in the elderly.

The project recently received a $600,000 funding boost from the Royal Perth Hospital Research Foundation, as part of the foundation’s Impact and Innovation grants, adding to the study’s $1.5 million in funding.

The trial concept was developed in 2015, when Ear Science Institute Australia audiologist and research lead Dona Jayakody started researching the link between cognition and hearing loss.

“My research found that hearing loss is associated with cognitive impairment/dementia, so I was interested in finding out whether this could be delayed or arrested after treating hearing loss,” Dr Jayakody said.

“Current data suggests hearing loss accounts for 9 per cent of the modifiable risk factors of all cases of dementia.”

“There is a lot of evidence around suggesting hearing impairment is associated with dementia, or increased risk of dementia, but the tricky thing to know is whether that is a causal link,” Dr Ford told Business News.

Dr Ford said the study involved monitoring 180 people over the age of 69 who had both a hearing impairment and mild cognitive problems for two years, and giving half the participants hearing aids for 12 months at a time.

“We will also explore whether the correction of hearing loss with hearing aids results in less brain volume loss and improved cerebral metabolism, compared to those with uncorrected hearing loss,” Dr Ford said.

Royal Perth Hospital Medical Research Foundation chief executive Jocelyn Young said the money given to the study was one of the largest amounts of competitive funding awarded in the past few years by the foundation.

She said the foundation designed the grant to encourage researchers to think outside the box, be innovative, and collaborate to address some of the community’s health challenges.

“When we have science backed with multidisciplinary clinical areas, we are more likely to have an impact that’s going to have a broad reaching effect on our community,” Ms Young told Business News.

“When you address an issue in isolation in its entire context, you miss critical pieces of the puzzle.”

Ms Young said funding bodies were showing a preference for collaborative research projects in order to ensure the best outcomes.

“To produce a piece of quality research takes a substantial number of people from a wide range of disciplines,” she said.

The hearing trial research team is multidisciplinary, including researchers with knowledge of audiology, dementia, ageing, and health economics.

“I think it is important that researchers work collectively across different disciplines and work with clinicians,” Professor Robinson said.

“Having all of those individuals together is really important and I think this project does that really well.”