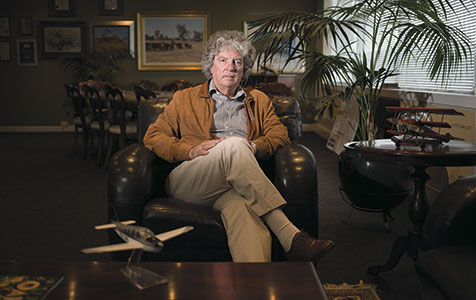 BHP Billiton Iron Ore has pumped $200 million into what it terms ‘community partnerships’ in the Pilbara during the past five years.

The decision to describe what are essentially corporate donations as ‘partnerships’ is a clear signal the resources giant recognises the importance of establishing a point of difference in ‘giving’.

It also indicates an appreciation of the value of relationship building in its areas of operation.

And the strategy is catching on among some of the state’s other corporate organisations.

Alinta Energy, JWH Group, and a range of Perth homebuilders, for example, are establishing long-term, collaborative and outcome-focused relationships with community groups.

“If we are going to positively influence generational change, we need to have a sustained and targeted approach which is informed by ongoing engagement.

“For BHP it’s about providing a focus.”

“That focus has really been through the lens of supporting educational outcomes. As a result we have invested more than $55 million in educational programs over the past five years,” Mr O’Connell said.

Deciding on a particular focus and sticking to that cause was a key strategy in ensuring the effectiveness of the company’s social investment.

“WA is a large state with many fantastic organisations and great causes,” Mr O’Connell said.

“So we often need to make difficult funding decisions. These decisions are not taken lightly, but if we attempt to do too many new things we risk losing our focus and achieving less than we had aspired to.”

Prioritising a number of social issues is also a strategy adopted by Alinta Energy since its recapitalisation in 2011.

The gas and electricity retailer has addressed societal disadvantage, innovation and skills development, and environmental sustainability as its focus areas.

The company’s executive director of retail markets, Michael Riches, told Business News Alinta’s refreshed giving strategy abandoned contracts such as sponsorship of sports teams – like it had with the Fremantle Dockers – which were driven more by brand awareness than community investment.

“My personal view on those things is that you can have your name on the shirt but if you don’t actually follow it through with something tangible for a customer then the linkage becomes far more tenuous,” Mr Riches said.

Instead, Alinta has taken a similar approach to BHP in that it partners with organisations to solve a particular problem or deliver a particular service.

For example, it provides all of the electricity to Ronald McDonald House at cost price.

Mr Riches said the appeal of that partnership was that Alinta could quantify its investment, which was resulting in around 40 charities receiving meals.

“Our philosophical approach to this is not to just say ‘here’s a whole heaps of money, do what you want with it’, it’s very much around supporting a particular need,” he said.

“Then we can see a direct correlation between the funding we’re putting in and the outcome … rather than giving someone money and saying ‘well there it is, you decide how to spend it’.

“What we don’t want to see is a $100,000 (donation) going into supporting the CEO’s salary; I can’t see where it’s gone if it’s just gone into consolidated revenue. We want to see some really tangible outcomes associated with our contribution.”

The fallout is that not for profits may find it difficult to source funds to simply fund operating costs, but from the donor’s perspective, Mr Riches said it was easier to justify the funding.

He said proving direct outcomes had a positive impact on the company’s brand with customers aware of its community investment.

Community partnerships such as those outlined above are not only attractive to customers, but employees as well.

For Perth-founded construction company JWH Group, employee engagement was integral to all of the causes it supported.

Founder Julian Walter said the company wouldn’t support a cause if it didn’t have a direct link to its employees or if they weren’t involved in achieving the outcome.

“We’re happy to put in time and money, but a big component of doing that is that the staff have to be involved,” he said.

Mr Walter said its community commitment then became enmeshed in the culture of the business, which also helped attract desirable employees.

“People know the sorts of things we do so that does attract a certain type of person into our organisation,” he said.

The JWH Group of companies has been a long-standing supporter of Telethon, having taken charge of the Telethon Home project for around the past 15 years.

Mr Walter said the initial idea was for JWH Group to simply build the home, which Telethon would then sell.

However, the project quickly morphed into one whereby JWH took control so as to maximise the potential benefit.

“What we’ll do is use our expertise such as our marketing and contacts to magnify the bottom line,” Mr Walter said.

That included strategies such as approaching subcontractors and offering to utilise new product lines in the home if they were donated.

“Rather than being a simple builder and generating $20,000 for Telethon, we’ve multiplied the marketing effort of the product and the products that go into it and used people who we know are supportive,” Mr Walter said.

Building homes is a strategy other Perth construction companies have adopted as an innovative and collaborative way of supporting charities.

For example, Pindan raised $175,000 for Cystic Fibrosis WA with its 2013 charity home and has just announced the proceeds from this year’s home will go to Parkerville Children and Youth Care.

The Scott Park group of companies is another example; this year is the fourth that it has been building charity homes with proceeds going to Youth Focus.

Founder Scott Park told Business News profit made on the first three charity homes went to the charity, but this year would be the first that the company would absorb the total cost.

“We’re now in a financial position where we can underwrite it; there are some costs attributed to that particular build of about $60,000 but we’ll underwrite that and write it off as a donation,” Mr Park said.

Meanwhile PACT Construction, a subsidiary of the ABN Group, is using its expertise to build new headquarters for the Clontarf Foundation – a development worth $1.7 million.

General manager Jason Kunkler said it would mean PACT Construction forgoing margin on the project and providing labour costs free of charge, which represented a contribution of between $250,000 and $300,000.

“It was very simply an opportunity for us, as a builder, to do something which is a fairly mammoth effort and get a maximum outcome for all the stakeholders,” Mr Kunkler said.

“‘It was something that could have a very significant impact in terms of the dollar value for them, but also played into our strengths.”