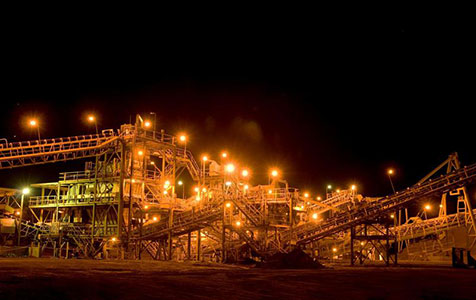 Poseidon Nickel has announced plans to restart its recently bought Lake Johnston project at a cost of $8.3 million.

The company entered negotiations to buy the mine and existing infrastructure from Norilsk Nickel in September with the agreement completed last month.

It has today announced that interim results from its bankable feasibility study estimate costs of restarting the project, which is near Norseman, at $6.8 million for plant and infrastructure refurbishment and $1.5 million for mine refurbishment.

The total cost comes in below Poseidon’s initial restart cost estimate of around $10 million.

The project is expected to be brought back into production in 2015 following Poseidon’s restart of its Windarra Nickel Project, for which it is currently putting final production plans in place and is spending $11 million to restart.

The Lake Johnston Project has historically produced at a rate of 12,000 tonnes per annum.

The project was put on care and maintenance in April 2013 follow a mine and plant refurbishment costing $8.2 million in 2011.

It’s understood the asset is perceived to be in better condition now than what it was before the 2011 refurbishment.

“The quality of the existing infrastructure is excellent and as a result, production could be restarted very quickly.

“However, we believe that there are clear options to improve the mining methodologies and approach to reduce costs and improve nickel recovery,” he said.

“We will be working as fast as possible in this area during the first quarter of next year.”

Total operation costs are expected to be $6.70 per pound of nickel produced.

Having all three projects in production is expected to place Poseidon Nickel as the company with the second largest sulphide nickel processing capacity in Australia.