The state government's asset sales campaign has hit a major snag today, with state Nationals leader Terry Redman announcing the party would not support the sale of Fremantle Ports, which had been forecast to raise $2 billion. 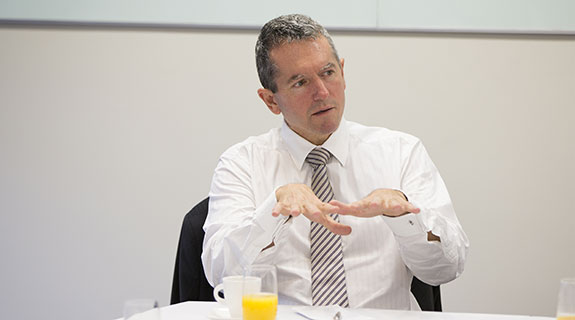 Mr Redman has pushed back on the government's planned lease.

The state government's asset sales campaign has hit a major snag today, with state Nationals leader Terry Redman announcing the party would not support the sale of Fremantle Ports, which had been forecast to raise $2 billion.

Mr Redman said the party took that position on the grounds that the enabling legislation would mean the treasurer, Mike Nahan, would conduct negotiations without disclosing access and pricing arrangements.

“The fact that legislation has been brought into parliament without addressing these concerns is a breach of good process in our view,” Mr Redman said.

The port is a major plank of the government's sales and leasing campaign, which aims to keep state debt from blowing out as high as $39 billion by the end of the decade.

The refusal earned a quick rebuke from the Chamber of Commerce and Industry of WA.

Chief executive Deidre Willmott said it was a disappointing decision that would come at the expense of competitiveness.

“A long-term lease would reduce unnecessary government capital expenditure and improve the long-term planning of additional port capacity, just as other jurisdictions have successfully privatised port infrastructure and delivered efficiency gains,” she said.

If a lease had gone ahead, Fremantle would’ve be the last port in a major Australian capital city to be privatised.

“The government should be looking to privatise any assets where the private sector can provide the service more efficiently and in a competitive manner and where the sales process is open and competitive, including criteria for terms of service and capability.

“The government should also be transparent about the sales process so the assets’ owners (taxpayers) understand what is happening and get full value from any sale.”

Mr Redman said the feedback his party had received indicated hesitance around the sale.

“Over recent weeks, we’ve expressed our concerns regarding the level of detail the state government has provided us regarding the sale of the Fremantle Port,” he said.

“As of today, there is still no detail in the public realm available for us or key stakeholders to consider.”

That means he will have to rely on either Labor, the Greens, or Shooters and Fishers Party representative Rick Mazza in some combination to secure passage of the bill.

Mr Colin Barnett said that Mr Redman had come under pressure from his party’s backbench.

“We will introduce legislation in the next two weeks for the privatisation of fremantle port,” he said.

“We will only progress it if we can get it through.

“Otherwise we will go to the election on the privatisation of Fremantle Port and the building of a purpose built, high quality animal export facility.”

That would be in Cockburn Sound, he said, and would be a step towards resolving community issues with live exports.