Port plans on hold for another review 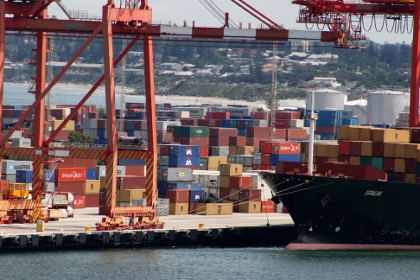 Container congestion at Fremantle has the state government looking for other port options.

The State Government is belatedly proceeding with a detailed assessment of container port options in Cockburn Sound, one year after transport minister Troy Buswell announced the review.

The assessment is likely to frustrate private consortium James Point, which has been seeking to proceed with its own port at Cockburn Sound after signing an agreement with the Court government more than a decade ago.

It also comes amidst continuing debate over the capacity of the existing ‘inner harbour’ at Fremantle to cope with the growth in freight volumes.

The government has been vague on when the inner harbour will reach capacity, saying it will be somewhere between 2020 and 2025.

That will affect the timing of a new container port in the ‘outer harbour’, where the James Point consortium, which is backed by building magnate Len Buckeridge, and the Fremantle port authority have put forward competing proposals.

Planning Minister John Day announced today that the WA Planning Commission was seeking a consultant to assess the project proposals that have been identified to date.

The WAPC has also resolved to defer any Metropolitan Region Scheme amendments in the relevant area - between Naval Base and James Point - until the findings of the assessment are presented to government in May 2013.

It is unclear what effect that will have on the James Point consortium, which has previously advised the government of its intention to start construction of its bulk and general port facility in January 2013.

The assessment will cover the planning, environmental, transport and community issues associated with the container port options.

“It is apparent that, given the number of strategic port, industry and utility interests in that area, it is vital that all relevant issues are addressed through a rigorous technical assessment process,” Mr Day said.

“The land use planning assessment of project proposals will identify any gaps in technical studies and guide future amendments to the Metropolitan Regional Scheme.

“The study will take into account the environmental values pertaining to the Outer Harbour and Cockburn Sound and the impact of new proposals for industrial developments between the Naval Base and James Point.

Acting Transport Minister Kim Hames said the growth in WA trade meant it was time to identify the most appropriate project proposal for an additional container port.

The Government statement said it was seeking to identify the project proposal with sufficient land for the handling and storage of cargo; ship berthing facilities; shipping channels and harbour basins to handle future generations of ships; efficient cargo handling facilities and efficient road and rail linkages.

It also follows the formation of the Fremantle Ports Optimum Planning Group in March 2009. Its role included assessing options for Fremantle and the surrounding area.

Following receipt of the planning group’s report, Mr Buswell announced last June that the inner harbour would be retained as an operating container and general cargo ‘working port’ for the long-term.

He also said “the first step in the development of the Fremantle outer harbour would be an overall planning assessment of the environmental, transport, planning and community issues associated with strategic port and industry development between Naval Base and James Point by the Western Australian Planning Commission”.

“This will provide an outcome that will guide planning decisions and provide a framework to progress a new outer harbour container port facility in Cockburn Sound,” Mr Buswell said last June.