Port authorities to merge, miners to lose board seats 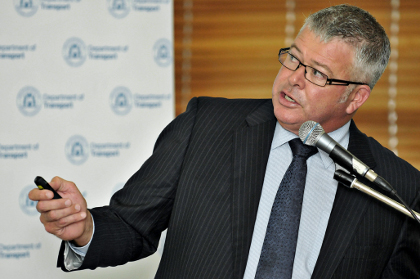 The state government has announced broad plans for a major shake-up of the state's ports, with planned mergers of regional port authorities, increased private sector investment, and the exclusion of mining companies and other "customers" from the governing boards.

The announcement follows a long-running review, and concern in the government over the performance of some of the state's ports, particularly Port Hedland and Esperance.

Under the plan, Fremantle will be the only port authority that does not change. All regional ports will be consolidated into four new authorities, covering the Kimberley, the Pilbara, the Mid West and the south of the state.

The new port authorities will also take control of 13 smaller ports currently controlled by the Department of Transport.

While today's announcement contained a broad outline of planned changes, there were few specifics.

For instance, Transport Minister Troy Buswell said he was "concerned abut some aspects of financial performance" at the state's ports, but said the government needed to undertake more work on the best methodology for evaluating port performance.

He also envisaged "a big role of the private sector in building and operating port infrastructure". He cited the prvate sector development of bulk export facilities at Kwinana as a good example.

Mr Buswell conceded that exporters may "possibly" be upset with losing board representation, but was confident this was an appropriate reform.

"Our view is that in a contemporary port like the (planned) Pilbara port authority, it is not appropriate in a port of that size and complexity ....... to have a legislative requirement to have customer representatives on the board."

"Utah Point is not without its challenges. As you know, it was over budget, it was delivered late, its currently not reachng its full export capacity, its recently had some problems in terms of not being available."

However he was confident the new chairman and chief executive at Port Hedland were working to address the issues.

Explaining the rationale for the planned changes, Premier Colin Barnett said growing demand for WA commodities had necessitated a comprehensive review of the state’s ports.

“There are currently 21 ports; and new ports will be constructed at Barrow Island’s Gorgon project, Wheatstone, Oakajee, James Price Point and Anketell," he said.

“It clearly makes sense to consolidate all these existing and future ports into an appropriately managed regional port structure.”

Mr Buswell said “the creation of regional port authorities will ensure better planning and co-ordination of port development across the State and that our smaller ports can be adequately resourced”.

"No decision has been made on which regional port authority will be formed first - the timing and extent of amalgamations will depend on current contracts and potential impact on port customers and industry."

The government is aiming to introduce legislation in 2013 and establish the new authorities by July 2014, though Mr Buswell said the process was very complex and would not be rushed.

The proposed port authorities will be as follows: