Jandakot company Polyline Pipe Systems is raising extra capital to support the commercial rollout of a new pipe-laying system it believes could disrupt the global market. 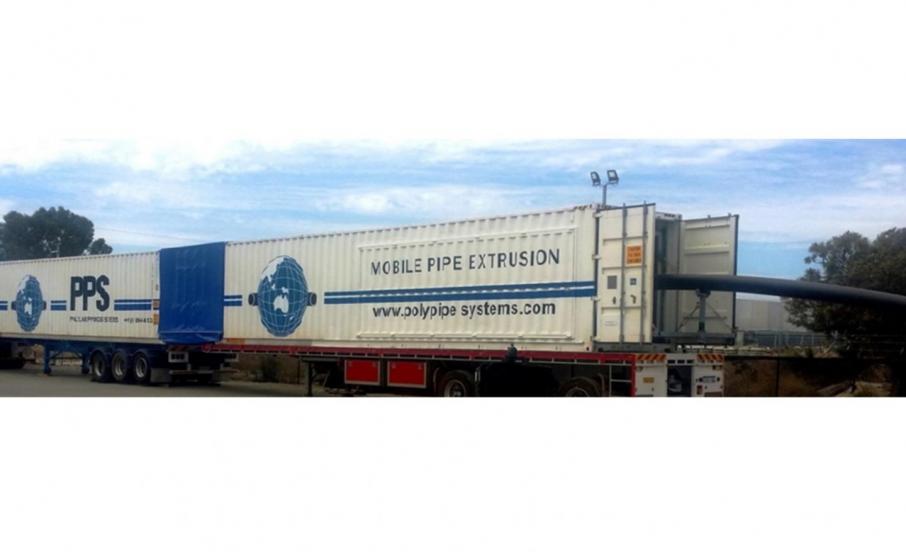 Jandakot company Polyline Pipe Systems is raising extra capital to support the commercial rollout of a new pipe-laying system it believes could disrupt the global market.

HDPE pipe is widely used in agriculture, mining, oil and gas, and infrastructure projects, with the global market valued at $US20 billion.

Typically the HDPE pipe is manufactured at an urban factory, cut into lengths and transported to site by long-haul vehicle.

At site, the pipe is unloaded and manually positioned where required, and then requires welding at intervals of every 12 metres to 20 metres.

Polyline’s alternative is a containerised system that is transported to site on semi-trailers, where the HDPE is then produced and extruded in-situ where the pipe is required.

The length of pipe required is programmed into the system and is produced to the client’s specifications, taking away the need for regular welding of pipe lengths.

Led by former stockbroker Ian Dorrington, Polyline has previously raised $3 million from investors and is in the process of raising a further $1 million.

Mr Dorrington said the company was likely to undertake another small raising later this year before proceeding to an initial public offering (IPO) and listing on the ASX.

The timing of its capital raisings would be influenced by its commercial milestones.

The company was established by chief technology officer David Wilkie, who developed the first prototype of its MPX630 technology in 2015.

“It’s taken 10 years to get to this commercialisation stage,” Mr Dorrington said.

The company’s recent focus has been on testing of its system.

That will be followed by the assembly of its first commercial machine.

“We aim to be fully in the field by May this year,” he added.

Mr Dorrington said his goal was to have contracts and be earning revenue before launching an IPO later this year.

It excavates a trench, produces the pipe on location and delivers it straight into the trench.

As well as laying new pipes, Mr Dorrington said the system could be used to replace and realign concrete or steel pipes.