With their leaders unpopular, and trailing in the polls, the governments in Perth and Canberra are banking on getting it right in their May budgets. 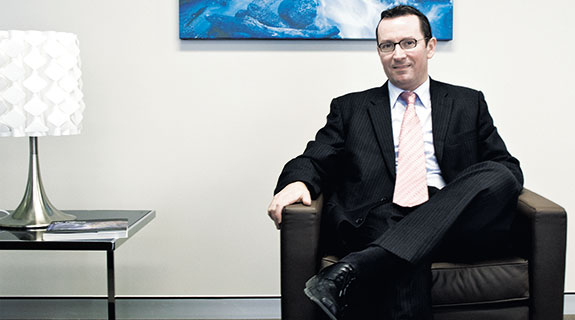 LEADER: Newspoll puts WA Labor, under leader Mark McGowan, ahead of the government in the two-party preferred vote, 52 per cent to 48 cent.

With their leaders unpopular, and trailing in the polls, the governments in Perth and Canberra are banking on getting it right in their May budgets.

There is a remarkable symmetry about the fortunes of Tony Abbott’s federal government and Colin Barnett’s state administration. Both are at about the mid-point of their terms, both face difficult budget decisions next month, and both are trailing in the opinion polls.

Whether this means both governments are past their use-by dates depends on how they react, starting with their budget strategies.

According to last week’s Newspoll, Western Australians have suddenly deserted Mr Abbott and his coalition government. Voters who were considered rusted-on coalition supporters in light of WA’s firm opposition to the mining tax in 2010 are now moving away.

The poll has provided the Liberals with a reality check, showing that just 38 per cent of WA voters would back the coalition if a federal election were held now. That’s a drop of six points over three months.

Labor jumped seven points to 37 per cent. When the preferences of the Greens (13 per cent) and other groups were distributed, Labor led 54 per cent to 46 per cent on a two-party preferred basis.

It really has been an extraordinary turnaround. Relevant factors could be the fallout from the Liberal leadership crisis earlier this year, the sacking of (WA) Senator David Johnston as defence minister, the contemptuous treatment of

WA’s case for a better deal on the GST, and confused messages on whether the nation really does have a budget crisis.

Voters are increasingly asking whether Mr Abbott and his team actually know what they’re doing, and where they’re taking the nation.

The key point about the Newspoll in terms of state election voting is that, while opposition leader Mark McGowan continues to outpoint Mr Barnett as the better premier, Labor has edged ahead of the coalition in the two-party preferred vote, 52 per cent to 48 cent.

Is Mr Abbott’s low standing rubbing off on his state counterparts? No-one really knows, but certainly Mr Barnett has had a rough patch, being forced to dump his pet council amalgamation strategy, losing the state’s coveted AAA credit rating, and the budget’s slide into massive deficit for the first time in 15 years.

So how big a factor is Mr Barnett trailing Mr McGowan as preferred premier? History shows that leaders don’t have to be liked to win elections, but they certainly have to be respected. That is, and this is what Liberals would be hoping, voters might say: ‘I don’t like his style but I think he knows what he’s doing – and that’s okay’.

The premier has no control over several key issues behind the deteriorating budget position – iron ore prices, exchange rates, or the proportion of the GST being returned to WA.

And while he pressed on with major public works, such as the Elizabeth Quay and City Link projects, there’s optimism in Liberal ranks that voters will appreciate the changes when completed. There are also rumblings within the ranks about some government policies and Mr Barnett’s leadership.

Both state and federal May budgets now hold the key to the futures of the two governments. The medicine dispensed must be consistent with the ailments.

The next federal poll is due by September next year, while the state election is set for March 2017.

Watch the twists and turns in the meantime as the political survival instincts in Canberra and Perth take hold.

PERTH barrister Tim Hammond has emerged as a strong contender in the tussle for the next national president of the Labor Party, which will be decided in a postal ballot of members opening next month.

Mr Hammond, who is also president of Labor’s North Perth branch, has gained the support of the right wing factions in both Victoria and New South Wales. It is also understood he has the backing of Labor’s federal leader, Bill Shorten.

Mr Hammond was joint author last year of a report on the WA party’s electoral position, called ‘Shaping Labor’. One of its key recommendations, the introduction of secret ballots, has been adopted at executive meetings and party conferences, to improve democracy within the party.

Having unsuccessfully contested the federal seat of Swan at the 2010 general election, Mr Hammond is expected to be the only lay member of the party seeking the presidency when nominations close on April 17.

The position, which has been filled by such Labor luminaries as Bob Hawke and Neville Wran, has lacked clout in recent years. The level of influence it carries now depends on the incumbent’s personality and status.

If successful, Mr Hammond will be the first Western Australian to fill the post since former premier Carmen Lawrence, in 2003.