Initially lauded for the certainty it provided, the government’s decision to create fixed parliamentary terms is not without its shortcomings – some of them significant. 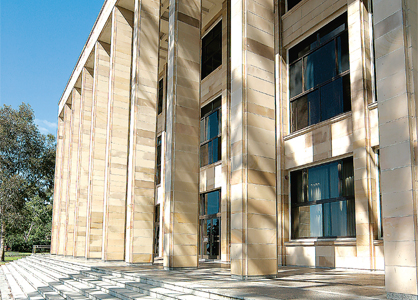 WAITING GAME: The upper and lower houses of state parliament are out of sync due to the fi xed electoral cycle for the Legislative Assembly. Photo: Tim van Bronswijk

Initially lauded for the certainty it provided, the government’s decision to create fixed parliamentary terms is not without its shortcomings – some of them significant.

THE very fact that Western Australia’s political leaders have been asked in recent weeks whether their election campaigns have started highlights a fundamental problem - the new election timetable is all wrong.

The election on Saturday March 9 will be the first in which the discretion of the premier of the day to nominate the date, with one eye on catching the opposition off guard, has been removed.

-    on paper. It certainly introduces some certainty to the electoral process, and that is broadly welcomed, including by business.

The shortcomings, however, are starting to emerge. Put simply, while ministers are still announcing decisions designed essentially to be good news - Troy Buswell’s announcement of a $9 surcharge to ensure taxis arrive on time is a notable exception (what was he thinking?) - the wheels of government are effectively grinding to a halt.

The impact in two key areas is significant. For example the Legislative Assembly adjourned on November 15. No date has been set for its resumption after the election, although the second half of May has been tipped.

That represents a six-month break. Can WA, with the country’s most dynamic economy afford such a legislative vacuum, let alone the major challenges being faced in urban and regional areas?

You won’t hear any complaints from executive government on this issue. To the ministers, being answerable to the opposition - and the public - in parliament is one of the great intrusions in an otherwise comfortable existence.

Mr Buswell, for one, must be very pleased he doesn’t have to explain the taxi policy to a hostile opposition.

And Health Minister Kim Hames must be relieved he’s not being interrogated as to why it has taken so long to establish Professor Bryant Stokes’s inquiry into matters linked with the Peel Health Campus, which was supposed to be given high priority.

The framing of the next budget, which would normally be delivered in May, is also disrupted. Do the Treasury officials proceed on the basis that the Liberal-National alliance will be returned? Or do they also prepare a parallel budget on the assumption of a Labor victory, based on the party’s campaign promises?

Neither option, of course, is satisfactory, but business would like some certainty.

So how has it come to this? It seems the fact that the Legislative Council, with its 36 largely faceless members, who already enjoy fixed terms that expire on May 22 every fourth year, is a stumbling block. Why that date was chosen and why it has been retained is novel to say the least.

The most frequent answer to the selection of May 22 -and its slavish retention - has been that it is Queen Victoria’s birthday, and that it is set in stone. Any push for change is deemed to be a royal insult. But some rudimentary research reveals that Her Majesty was born in 1819 on May 24; so that theory doesn’t stand up.

But when electoral reform was being debated in the last parliament, the changes only applied to the lower house. It was agreed provision for a joint general election involving both houses would only occur when the assembly is dissolved or expires after November 1 in the year before the Legislative Council poll.

Under the new law, the governor’s constitutional right to dissolve the assembly remains; but should that dissolution occur before November 1 in the year preceding the due council election, only the assembly would have the early poll. A separate election would still be needed for the council, on the second Saturday in March.

What should be simple has been made complex. But assuming events proceed as for this year, after March 9 WA will have a freshly elected lower house (with about 15 new members) and an upper house whose ‘members in waiting’ won’t take their places until May 22. They’ll cool their heels for two months.

That lends itself to some judicious politicking, in which both sides have indulged in recent years. In 1997, Liberal minister Graham Kierath used this window of opportunity to push through some tough industrial relations reforms in the council. Smart politics, but the unions showed they have long memories when they campaigned effectively to thwart Mr Kierath’s attempt to reenter parliament in the Alfred Cove seat in 2005.

Labor’s Jim McGinty also used the ‘window’ in 2005 to push through ‘one-vote, one-value’ reforms for the assembly, capitalising on the vote of disaffected Liberal MLC Alan Cadby - who’s term was about to expire - in a finely balanced upper house.

What both major parties should agree to after the March poll is simple. They should retain the concept of fixed four-year terms, but abandon the ‘Queen Victoria’s birthday’ concept. The assembly and council should be dissolved at the same time, and the newly elected MPs take their seats at the same time. That would eliminate the existing overlap in the council, and remove the temptation for sharp legislative practice.

A new fixed election date should be set, either for the last Saturday in November or the first Saturday in December, every fourth year. That means parliament could continue sitting until mid October before the poll, ensuring a minimum disruption to sittings.

November would be set aside for campaigning and the new administration given the rest of December and January to bed down its cabinet, and start to get its policies in place. That would ensure minimal disruption to the budget process. The new treasurer would effectively have six months to work with the Treasury, and the budget would be introduced at the normal time in May, well before the start of the new financial year.

Parliament would be able to resume in February, meaning a break of just three months instead of the present six. It’s not too big an ask, especially when compared with the United States Congress, which continued sitting during last month’s festive season to avert the ‘fiscal cliff’.

As things stand, we will meander through until Australia Day on January 26, which will finally be the signal for the parties to officially engage in a six-week push to the line.

But whichever side wins, this year’s horse and buggy election schedule should get the flick. Western Australians deserve better.