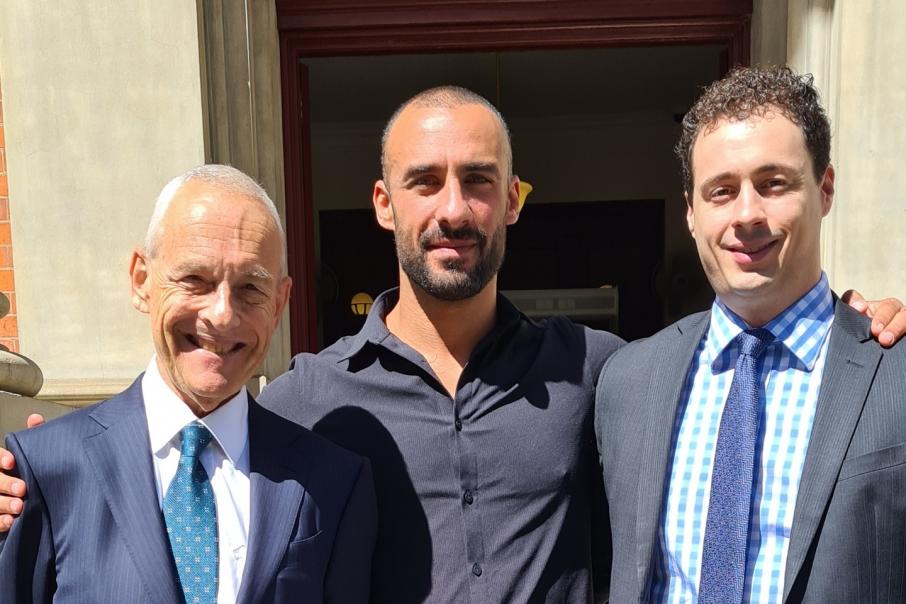 This morning, the court of appeal found no error in the judge’s original findings and, therefore, no merit in the appeal, dismissing the legal action.

The pair went into business together in 2008 after Mr Girgis, then a 23-year-old university student, won $30 million in Oz Lotto.

After meeting Mr Poliwka, a seasoned real estate investor, the young student engaged him as a financial adviser. The pair then purchased the Midland Hotel and pub business for $3.08 million and undertook major renovations.

Between October 2008 and September 2012, Mr Girgis made hundreds of thousands of dollars in advances to meet liabilities incurred in connection with the operation of the business.

Mr Poliwka contended that these advances were made pursuant to a shareholder agreement between Mr Girgis and Mr Poliwka for the creation of their joint venture company Girpol, with the pair to contribute equally for the acquisition of, and costs associated with, the business.

From mid to late 2009, Mr Girgis began raising concerns with Mr Poliwka about the lack of return on the investment in the business, concerns that ultimately led to a disagreement between the pair in late 2012.

At around the same time, Mr Poliwka resigned from his position in the company and Mr Girgis took steps to appoint a voluntary administrator to the business.

Mr Girgis then opted to pursue the matter in court, alleging that he had made a substantial amount of unrecouped advances and that Mr Poliwka had engaged in misleading or deceptive conduct that had cost him more than $3.4 million.

Mr Poliwka claimed that it was in fact his contributions that had exceeded those of his former business partner, filing a counterclaim for more than $400,000.

That counterclaim was allowed in part.

Despite disputing the total cost claimed by Mr Girgis, Justice Vaughan ruled in his favour - ordering Mr Poliwka to pay damages of more than $2.6 million when the matter finally reached the Supreme Court in July 2019.

In supplementary orders made in September 2019, Mr Poliwka was ordered to pay Mr Girgis $490,000 in respect to advances to Girpol.

The court found that Mr Poliwka had failed to carry out adequate due diligence investigations on the site and to have exhibited negligence in advising Mr Girgis that they should invest in the Midland Hotel in the way that they did.

Mr Poliwka lodged an appeal, arguing that the judge erred in valuing the hotel at just $1.73 million and the degree to which Mr Girgis’ advances were irrecoverable as part of the court’s assessment of damages.

Through a cross-appeal, Mr Girgis challenged the judge’s original findings that the advances he made after June 2010 were not caused by Poliwka’s conduct.

Mr Girgis also believed that the judge should have relied on an assessment of the hotel’s value in September 2012, not June 2010.

This morning, the court of appeals concluded that the Girgis parties had succeeded in the cross-appeals, rendering Poliwka's appeals otiose.