Politics and sport, joined at the hip

Politics and sport have long been intertwined, but that shouldn’t sully the contest. 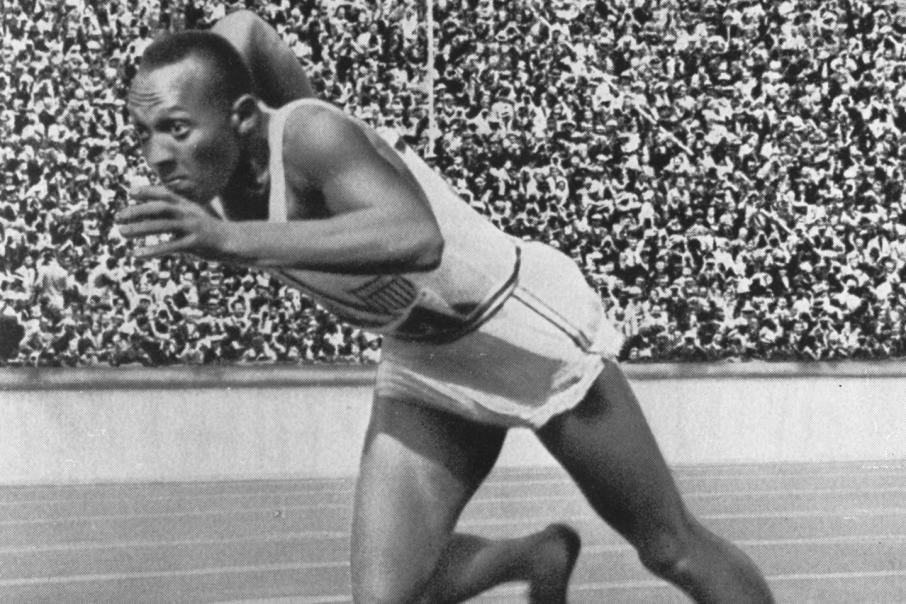 Jesse Owens was the star of the Berlin Games, but not in Hitler’s eyes.

Religion and politics don’t mix, the saying goes, though I’ve heard the same said of mixing politics with either friendship or science.

And there are plenty of people who will tell you that sport and politics don’t mix, either.

They’re generally not that hard to find; just dip a toe in the world of social media and you’ll discover battalions of keyboard warriors looking to admonish athletes and sporting organisations for taking part in a protest, supporting a cause, or launching a campaign.

The International Olympic Committee already took that position a long time ago, banning any kind of “demonstration or political, religious or racial propaganda” from Olympic venues and sites. Several months ago, it clarified that rule ahead of the Tokyo Olympics to outlaw things such as taking a knee (to protest racial injustice).

Then, a few weeks ago, it backed away from that position after dozens of athletes pushed back, clearing the way for the Australian and New Zealand women’s soccer teams to recognise racial equality in the opening match of the tournament.

Personally, I prefer to watch sport without having to put up with a sermon from an athlete or sporting organisation.

Usually, when I flop on the couch to watch a game, I just want to watch a decent contest. Equally, though, it’s not particularly difficult for the audience to just ignore the politics.

And it must also be remembered that, just like other businesses, sporting organisations know it is increasingly important to have a social licence to operate, especially given how it can affect the bottom line.

I’m thinking here about the way in which Rugby Australia reacted to Israel Folau’s comments on same-sex marriage or countless examples of Australian rules footballers being sanctioned by their club for bad behaviour.

And, just like the rest of the business world, sporting organisations also know that they can’t operate in a vacuum.

Then again, they’ve always known that.

During WWI, for instance, St Kilda Football Club decided to change the playing colours from red, white, and black because they were the recognised colours of imperial Germany. Instead, the Saints replaced the white with yellow, thereby donning the colours of Australia’s ally, Belgium.

The club only changed back to red, white, and black in 1923, after Germany had adopted a new flag that featured red, yellow, and black.

Fast forward to 1936 and the Berlin Olympic Games, which were dominated by American Jesse Owens. It’s said his four track-and-field gold medals embarrassed Adolf Hitler, who was using the games to showcase a resurgent, Aryan, Nazi Germany.

In the 1940s and 1950s, black Americans, especially, used the sporting arena as part of their push for equality, with the likes of Jackie Robinson breaking Major League Baseball’s colour barrier in 1947 and tennis star Althea Gibson competing at the US National Championships in 1950.

In 1968, Australian Peter Norman supported American sprinters Tommie Smith and John Carlos, who gave a black power salute on the podium after the 200 metres sprint final at the Olympic Games, in Mexico City.

Two years later, the International Cricket Council banned South Africa from international cricket because of its apartheid regime, and players who travelled to South Africa for so-called ‘rebel tours’ in the 1980s faced heavy sanctions from their own country’s cricket authorities.

There are countless other examples of sport shaping politics and politics shaping sport.

Of course, there is always a risk for athletes and sporting bodies in making their position known, but there’s also sometimes a risk in not making it known.

So, to think that sport can ever be separated from politics is more than just a little naive.

I suspect the IOC realised exactly that when it acquiesced to the pressure from athletes, announcing about a month ago that competitors at Tokyo would be free to express themselves both before and after competition at the games, provided their protests were not: “Targeted directly or indirectly, against people, countries, organisations and/or their dignity”.

And, with the rules now relaxed, there will be no shortage of athletes looking to do exactly that. If you don’t like the thought of that, then you had better have the remote control at the ready.