Opinion: The departure of career public servant Stephen Wood has raised questions about the role of the bureaucracy in providing frank and fearless advice. 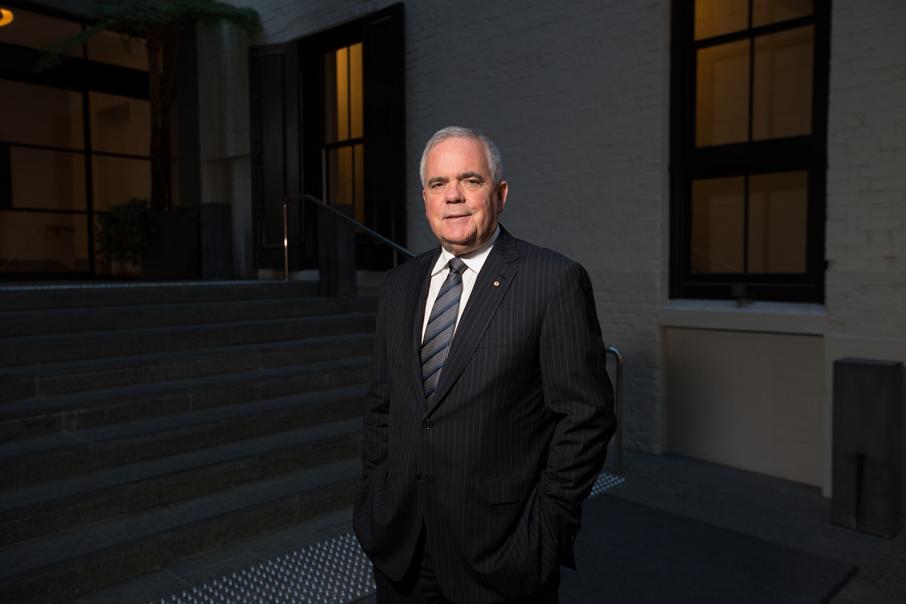 In his report, John Langoulant says level of trust between government and the public sector needs to be rebuilt. Photo: Attila Csaszar

All but one of Mark McGowan’s 17-member cabinet are now housed in Dumas House at the top of Kings Park Road.

The exception is the attorney general, John Quigley, whose office is on St Georges Terrace.

However, very few would know the background of the man after whom the 14-storey building is named.

It should be required reading to help in establishing an appropriate relationship between ministers and their departmental heads.

The issue has surfaced following the dumping of career public servant Stephen Wood as director-general of the Department of Jobs, Tourism, Science and Innovation. Initially it was floated that he had paid the price for Western Australia’s disappointing tourism performance.

But Mr Wood was also known to have firm views on various issues, which could have been a factor.

Dumas House is named after engineer Sir Russell Dumas, also a career public servant from the days when outstanding bureaucrats were rewarded with knighthoods.

According to historian Lenore Layman, Sir Russell believed that ‘bold initiative, basic planning and large-scale development were essential to lift Western Australia from its status as a claimant state’ through the Commonwealth Grants Commission.

He worked closely with future premier David Brand, who was works minister in the early 1950s, to negotiate the location at Kwinana of the oil refinery, steel rolling mill and cement works, all major achievements at the time.

How times change. The challenges for today’s public servants were outlined by former under-treasurer John Langoulant, in his report of the recent ‘Special Inquiry into Government Programs and Projects’.

“The notion that the public sector has a culture in which all officers are working for the betterment of the state appears to have diminished … to the point that such a proposition … is met by some with cynicism and others with mirth,’ Mr Langoulant said.

“It follows that the level of trust between government and the public sector needs to be rebuilt and that the workforce’s skills need rebuilding.”

It’s fair to say that the public sector has been transformed since Sir Russell’s day. In the main, senior public servants might be seen, but they are not heard in the public arena.

One reason is the churn at senior levels, which started with the election of Brian Burke’s Labor government in 1983.

Early in the term Mr Burke moved long-term under-treasurer Les McCarrey to a new role, which was interpreted that he had been sidelined.

Mr McCarrey and Mr Burke might not have seen eye to eye, but his conservative approach to financial management might have saved the state millions of dollars.

However, the move that riled most senior public servants came later with the parachuting of businessman Brian Easton, after a spell heading up the EXIM trading venture, onto the Public Service Commission.

These moves started the chopping and changing at senior bureaucratic levels that have accompanied changes of government.

At one level, political appointments to senior posts are considered acceptable. Liberal premier Colin Barnett appointed Peter Conran, who had been a senior public servant in the final years of Richard Court’s government (1993-2001) and then transferred to Canberra as a trusted adviser to prime minister John Howard, as head of the Department of Premier and Cabinet.

Mr Conran’s job, among other things, was to oversee the implementation of government decisions and also watch out for potential trouble spots for the government in the public sector.

Mr McGowan selected Darren Foster to fill the same roll. The capacity of the premier to work closely with his senior bureaucrat is unquestioned. Their fortunes become entwined.

But it’s different in other areas of government. That is why the premier and his ministers must ensure the best candidates are appointed to fill not only the vacancy created by Mr Wood’s sudden departure, but also the decisions of the experienced Mal Wauchope (public sector commissioner) and Anne Nolan (director general of the Department of Finance) to retire.

That’s where the political influence in appointments must stop if the Sir Russell Dumas style of providing ‘frank and fearless advice’ to government is to again become the norm.