The state government’s push for apartment and townhouse developments, as well as increased appetite among home buyers for high-density housing, is creating substantial opportunity for residential property syndicates. 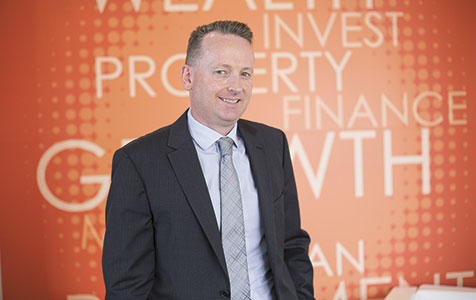 The state government’s push for apartment and townhouse developments, as well as increased appetite among home buyers for high-density housing, is creating substantial opportunity for residential property syndicates.

Momentum Wealth plans to develop 18 apartments and three two-storey townhouses on the lots, which were bought for $2.6 million.

Mr Collins estimated the end value of the project would be about $13.4 million.

He said the development had proved attractive to syndicate investors because of the current lack of housing diversity in the northern suburbs, particularly Carine.

“That’s why we targeted it, and there is also a good strong market for end buyers for that project,” Mr Collins told Business News.

“The proposal we put forward to LandCorp was focused on apartments and a couple of townhouses, generally catering to a growing market for people looking to downsize their homes.

“Not everyone wants to move to an inner-city apartment or to North Perth or West Perth.

“This project gives them the chance to stay in their own community.”

Investment syndicates had also gained in popularity because more people were willing to take on risk than was the case two to three years ago, Mr Collins said, primarily due to rising confidence in metropolitan property assets.

“People are getting low rates of interest in the banks so they are willing to look at opportunities where they can derive a higher rate of return over time,” he said.

Megara Developments managing director Mark Butler said increased interest in syndication opportunities was being driven by a number of factors, not the least of which was the increased appetite for apartment living by Perth home buyers.

“Three years ago the sales weren’t there,” Mr Butler said. “Now the sales are there, interest rates are low and the economy is going along quite well, particularly here compared to other spots in Australia.

“Once you’ve got sales, particularly in the apartment market where you don’t get to build it until you know you’ve got coverage for what you need to borrow, things start moving along.

“Directions 2031 has also certainly helped because with the higher densities you can hypothetically have 80 units on a site instead of 18.”

Mr Butler said very strong demand from investors was likely to rise in coming years as international investors grew their presence in the Perth market.

“If that picks up, that’s another layer on top of what we’re doing now,” he said.