Within a year of launching its micro-lending facility in November 2009, PAID International had increased the average number of loans processed each month more than 100-fold. 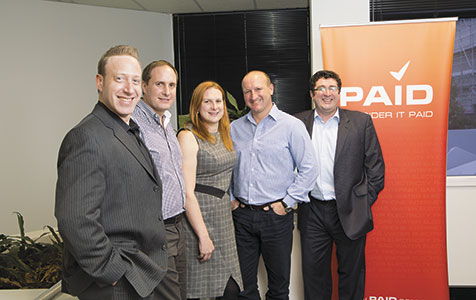 Within a year of launching its micro-lending facility in November 2009, PAID International had increased the average number of loans processed each month more than 100-fold.

The company’s strategy from the outset was to take advantage of falling credit card use and the ability of online financial services to offer immediate finance, while maintaining confidentiality and convenience.

By the end of June 2012, PAID had set up several other financial services brands including Cash Train, Leadfish and Mr Tax Refund.

The addition of the other brands was prompted after the company experienced a 59 per cent increase in the number of daily loans it was processing from July 2011 to April 2012.

Mr Tax Refund will also pay out a portion of a customer’s return while the Australian Tax Office is processing a customer’s claim.

Another PAID International brand – the bill payment service PAID – will cover the cost of customer’s household utility bills on a monthly or quarterly basis.

In 2012, PAID International entered the emerging peer-to-peer lending market with the acquisition of i-Grin. It is relaunching the business this year as Lending Stream.

Also that year PAID International opened its support contact centre in the Philippines, which employs 26 staff.

The company now has more than 100 employees servicing the Australian and New Zealand markets and processes more than 7,000 loans each month.

As part of its community work, the company donates 20 cents from every loan processed to Bowel Cancer Australia, and is involved with Kiva – a not for profit organisation which aims to fight poverty through lending.