Released during July in Australia and other selected countries, Pokemon Go is a free-to-play augmented reality smartphone game developed in collaboration by Niantic, Nintendo and The Pokemon Company. 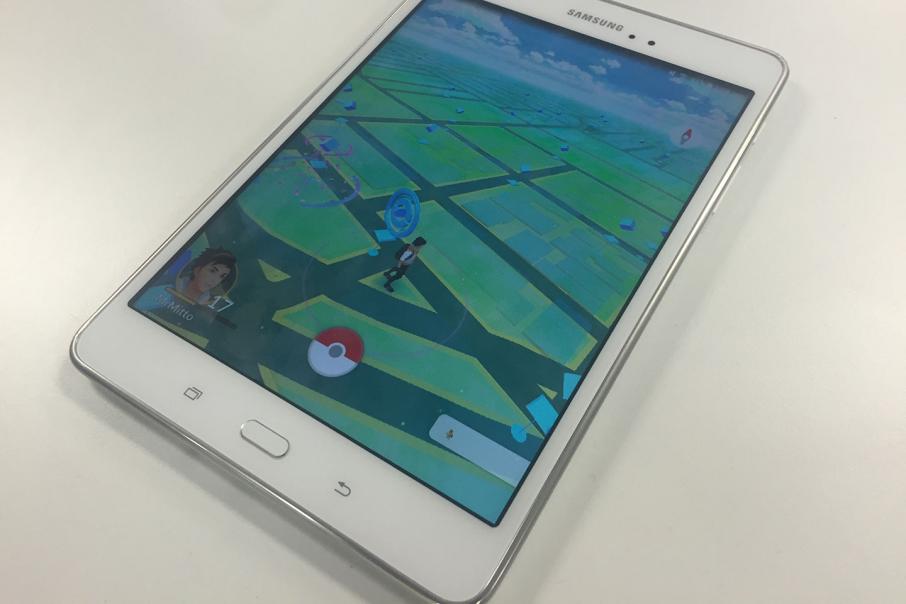 The rapid take-up of Pokémon Go has been a global phenomenon.

Released during July in Australia and other selected countries, Pokémon Go is a free-to-play augmented reality smartphone game developed in collaboration by Niantic, Nintendo and The Pokémon Company.

In the game, players use the smartphone’s GPS capacity to locate, capture, battle and train virtual Pokémon creatures, who appear on the screen as if they were in the same real-world location as the player.

My son grew up with Pokémon cards at school, so was instantly hooked on the game when it was launched in Australia.

Intrigued to see how the game works, we drove around Kings Park, an increasingly popular Pokémon Go Perth hotspot.
It was astounding to see hundreds of young adults walking around the gardens with battery backup cords for their phones hanging from their pockets.

A spokesman Botanic Gardens and Parks Authority in Kings Park said that, while welcoming new visitors, the sheer numbers has meant certain sections of the lawns were now roped-off.

Why is Pokémon Go so addictive?

According to Elan Barenholtz, associate professor at the Center for Complex Systems and Brain Sciences at Florida Atlantic University, Pokémon Go is hijacking the brain’s reward systems.

The brain contains small groups of neurons that help us experience pleasure and positive reinforcement – the reason drugs are so addictive and why junk food is so popular.

They’re also the reason that, during the past month or so, some Pokémon Go players have quit their jobs, broken into homes, fallen off cliffs, wandered into restricted army bases and onto mine fields, all while attempting to catch the game’s elusive animated creatures.

While the new augmented reality technology has practical education benefits, associate professor Barenholtz says he worries about the impact Pokémon Go and other augmented reality games can have on the brain by messing with its neurological reward systems.

Pokémon Go is unlike old-school Nintendo and X-box games because it requires players to go in search of physical locations that have been transformed into virtual landscapes teeming with fictional creatures; so it’s not difficult to see why the potential for stimulation and addiction can be vastly intensified.

“When you’re going out and running around in an environment and you’re getting the video game feedback at the same time, you’re now recruiting a much richer representation, your brain is now sort of falling for it in a much deeper way, even though you know cognitively it’s fake,” associate professor Barenholtz said.

“Just like illusions, you know they’re wrong, but there’s a good chunk of your brain that ‘buys’ them.

And while Pokémon Go most likely won’t signal the fall of society any time soon, one thing is certain – never has an online game resulted in so many people going out in the open air, in an excuse to walk the family dog.

The global surge in popularity of Pokémon Go has also caught out financial analysts who cover Nintendo for the world’s biggest investment banks.

Emerging from seemingly nowhere, Pokémon Go’s debut took virtually everyone by surprise, due to the little communication emanating from Nintendo.

The Kyoto-based company stood by for more than a fortnight while its new game’s release added $20 billion to its market value.

From the July 6 launch day, Nintendo shares jumped 119 per cent over that fortnight.

By July 15, Nintendo had set the record for the most traded equity in a single day (by value of shares, not volume) on Tokyo’s exchange.

Then, in a stunning announcement after 7pm, on Friday in Tokyo, it announced that the earnings impact from the game would be limited.

When the shares traded on the following Monday, they fell the most in 26 years, down a sizeable 30 per cent.

This is thought to be the first time an augmented reality product has so strongly affected a public company’s stock, apart from when Facebook acquired VR headset maker Oculus Rift.

The lack of disclosure about Nintendo’s financial interest in Pokémon Go is a source of frustration for fund managers and investors.

Nintendo doesn’t own the game outright, as investors may have believed.

Rather, Pokémon Company and Niantic jointly developed the game.

Nintendo owns about a third of Pokémon and said it made an investment in Niantic last year, but did not disclose the size of that stake.

Nintendo’s lack of disclosure means analysts are mostly flying blind about a revenue stream that’s potentially worth billions of dollars.

Macquarie Securities analyst David Gibson estimates it to be 13 per cent, while in a note to clients Jefferies Group’s Atul Goyal projects revenue could be as high as 40 to 50 perc ent.

Bank of America’s Hiroyasu Eguchi sees the potential for profits to nearly triple during 2017 as Nintendo taps its intellectual property for new products, including mobile games with Pokémon Go-like augmented reality.

“A game changer, Pokémon Go not only refreshes the company’s suite of well-loved characters in the consumer consciousness, but also clearly indicates the company’s embrace of open platforms, unlocking its IP potential across untapped brand extensions, from movies and theme parks to branded merchandise and in-app advertising,” Mr Eguchi wrote in his report.

Yet while other analysts remain sceptical about the company’s ability to produce hits for smartphones, the Pokémon Go phenomenon remains a hot target for canny investors to hunt down.