Plenty of room for growth online

ARGUABLY the fastest growing segment for the advertising and marketing industries is online branding, as its adoption by business gathers momentum and it becomes more of a key area of branding focus and budgeting. 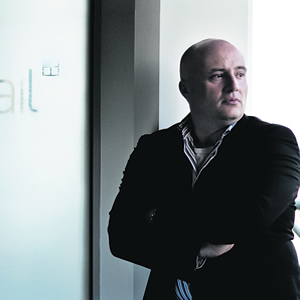 ARGUABLY the fastest growing segment for the advertising and marketing industries is online branding, as its adoption by business gathers momentum and it becomes more of a key area of branding focus and budgeting.

Traditional mediums such as print, radio and television will, more than likely, remain at the top of the pecking order in terms of mass media spend for some time, but clients' spend on digital branding, in particular, online branding, is booming.

Full service digital advertising agency Longtail is adamant, despite its obvious bias, that there are very few disadvantages from having an online branding campaign.

"Right now, you could argue a well planned and executed online campaign can deliver you the same sort of mass reach and brand impact as a corresponding campaign through other media,"he said.

"We're able to use very sophisticated targeting techniques now, combine them with that mass reach so we get a lot closer to the 'holy grail' of the right message, the right person and the right time."

Mr Bertozzi identified the significant gap that currently exists in the majority of organisations' marketing and branding budgets for an online component as a prime opportunity for his business.

"If people are spending 30 per cent of their media time with online media, then the spend from brands for the most part does not even come close to that, so where are they (brands) spending their money?"

Mr Bertozzi said brands that weren't embracing the online space would find it harder to reach that audience in other ways, suggesting there's still plenty of opportunity for companies to get onboard, especially in the retail sector.

"How much does Rick Hart or Harvey Norman spend on online?" he said.

"You look at that those big retailers and they are notable absences from that space; the only sector that has gone gangbusters online is the financial services.

"Look at Perth, Coles have only just rolled out online shopping in some suburbs.

Longtail, which is 50 per cent owned by The Brand Agency, often works in tandem with agencies on wider cross-media campaigns if it's not driving a digitally-based campaign.

The Brand Agency's managing director, Steve Harris, said online work was not the biggest growth area of his business, but he emphasised an online strategy was imperative, even if that strategy was to have a limited online presence.

"My view would be that if you are a brand business without an online strategy, you don't have a strategy," he said.

"Many retail clients have taken the decision that they don't want to push people to an online channel, they want to get people to come to the stores.

"What I'm seeing with some of our clients is a massive shift in spend to online, where money is moving out of traditional media and into online."

"It is the number one key conversation pit, if you like, between a brand and a consumer," Mr Edmonds said.