For many business people the current conditions seem very challenging. 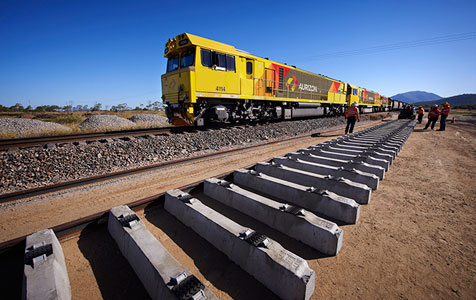 For many business people the current conditions seem very challenging.

The prevailing commentary is often around slow growth in sales revenue and unrelenting pressure on costs.

That has translated to fewer jobs, less-frequent pay rises, and pressure on contractors to cut their rates.

This has come from the big end of town and cascaded through many businesses; but it’s not uniform.

While retail is particularly tough, people in housing construction will tell you the industry is busy and being held back by a shortage of key trades, particularly bricklayers.

With conditions being variable across industries, it’s worth reminding ourselves of the macro context, for investors and business operators.

The picture is surprisingly positive.

Total returns on Australian shares – measured by the All Ordinaries Accumulation index, which includes capital growth and dividends – rose by 17.6 per cent in 2013-14 after lifting by 20.7 per cent in 2012-13.

Returns on dwellings are up 14.7 per cent nationally though the figure for Western Australia is substantially lower, with little growth in house values and rents declining in some areas.

Returns on government bonds – the third major asset class – have lifted by 5.4 per cent.

It’s a rare event for bonds, property and shares to have all lifted in the same year.

The Aussie dollar, widely tipped to crash to US80 cents or lower, held in a US11 cent range over 2013-14, the smallest range in eight years.

The Reserve Bank of Australia’s official cash rate stands at 2.50 per cent, with only one change in the year – the quarter per cent rate cut in August 2013.

The economy is recording above-average growth, inflation is contained, interest rates are at 54-year lows, and the current account deficit is the lowest in 34 years.

CommSec chief economist Craig James, who is an avowed optimist, posed this question.

“If five or 10 years ago someone told you that Australia would have inflation near 2.7 per cent, economic growth near 3.5 per cent, unemployment below 6 per cent, a cash rate at 2.5 per cent and Aussie dollar near US94 cents, you would have cast aspersions on their economic abilities.”

But those are the metrics operating in Australia.

Add in the fact that the broad trade position – the current account – has produced the smallest deficit in 34 years and that is the icing on the cake.

Mr James said the coming year looked like being very similar to 2013-14.

When thinking about future prospects, it’s worth reflecting on two recent developments.

In the iron ore sector, the prevailing wisdom was that the Roy Hill project would be the last big development for some years.

That changed last month when Chinese steel producer Baosteel teamed up with rail operator Aurizon to bid for Aquila Resources.

The bidders are well on their way to securing control of Aquila, and once that is achieved they intend to proceed with development of its $7 billion West Pilbara iron ore project.

That will be a massive undertaking in its own right and opens up potential for stranded iron ore deposits to be developing using Aurizon’s rail and port infrastructure.

In the petroleum sector, the expectation was the region would host multiple floating LNG projects.

Shell’s Prelude project is under construction in South Korea, Woodside is working on three ‘floaters’ for its Browse project, and several smaller developments had been mooted.

That outlook is much less certain for GDF Suez and Santos, which announced they would not be proceeding with their Bonaparte FLNG project.

Instead they are assessing construction of a pipeline to Darwin, to potentially supply an existing land-based LNG plant.

The clearest lesson is that all businesses need to be agile because we’re never sure what’s around the corner.