Plenty at stake for gas boosters

WA-based LNG Ltd has fallen back to earth as an oversupply of liquefied gas worldwide is hitting the share prices of gas-exposed stocks. 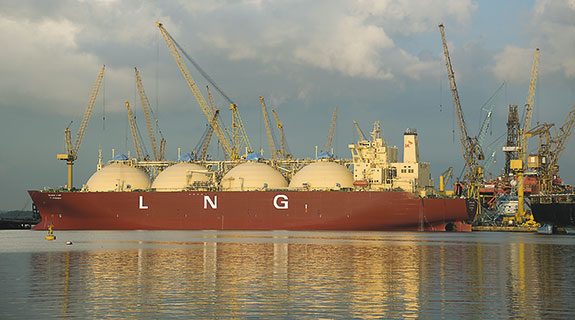 WA-based LNG Ltd has fallen back to earth as an oversupply of liquefied gas worldwide is hitting the share prices of gas-exposed stocks.

Everyone exposed to oil and gas is having a rough time, although some are having a rougher time than others; which is one way of describing the sharp fall in the price of local stock market darling Liquefied Natural Gas, a company planning to produce liquefied natural gas in the US.

Other oil and gas stocks have also taken a battering, thanks to the collapse in the oil price and fear that it could stay low for some time. Even the biggest player in the game, including Woodside Petroleum, has been hit, with its share price down 30 per cent over the past 12 months.

However there are some special features that separate LNG from the rest of the oil and gas crowd, including a brilliantly timed $174 million capital raising on May 20, for which the company issued 40 million new shares at a price of $4.35.

Investors who took up the placement will not be feeling pleased today, with their new shares currently worth 64 per cent less than what they paid five months ago.

At last week’s share price low, LNG had a market capitalisation of $780 million, which is still big for a company based in Western Australia. To put that value into perspective, however, LNG was valued in April at more than $2.2 billion and was one of the biggest companies on the ASX.

There are reasons other than its share price fall to take an interest in LNG, including the fact that in July it rated highly on the annual Business News survey of Total Shareholder Returns (TSR), a measure of stock market performance that combines share price movement and dividends paid.

Four months ago, based on its TSR score of 78 per cent, LNG was in the top 100 WA-based stocks. On a three-year basis the score was an even more impressive 127 per cent.

Since those heady days of high TSR scores and a high share price it’s been downhill for LNG, which is planning to develop several liquefied gas plants in the US and Canada, starting with an 8 million tonnes-a-year project called Magnolia in Louisiana.

What’s pushing the LNG share price down is a combination of uncertainty about the company’s liquefied gas projects in North America and the negative outlook for the price of oil and gas.

Liquefied gas appears to be entering a period of severe oversupply, which is why high-profile short sellers such as US billionaire Jim Chanos have placed big bets on a collapse in the price of gas-exposed stocks, including the biggest of them all – Royal Dutch Shell.

The challenge for LNG and its chief executive, Maurice Brand, is to shift the business from a planning and approvals stage into a firm development phase.

To get to that next level, when work can start building the Magnolia project, LNG needs final government approvals, firm sales contracts, a construction contract and financing.

In an update on those critical issues last week, Mr Brand said progress was being made on all fronts, including:

• environmental approvals, which are in the negotiation stage with US authorities;

• engineering and construction discussions with the preferred bidder to build what LNG says is a unique processing technology call optimised single mix refrigerant;

• negotiations with potential customers for Magnolia’s products; and

• discussions are ongoing with a potential providers of equity and debt.

The theory behind the Magnolia project, and the Bear Head gas project in Canada, is a potential winner for the company, which aims to buy cheap North American gas for liquefaction and export the finished product to high priced markets such as Europe, which is keen to wean itself off Russian gas.

Attractive as the business opportunity appears, there is a wide gap between the potential and the delivery of a viable liquefied gas export business.

The sharp fall in LNG’s share price indicates that some investors are concerned about the speed at which the company’s gas liquefaction projects are progressing, and the hurdles yet to be cleared.

FIVE days is a long time in a volatile market. Five months is an eternity. So, what’s a good description of a five-year plan – Chinese dreaming, perhaps?

Whatever the criticism, and however out of step it sounds in the 21st century, the Chinese government is working on the design of a blueprint for its economy over the period from 2016 to the end of 2020.

Early hints about what might emerge in the formal document after the National People’s Congress next March include tougher environmental protection laws, with a focus on heavy polluters such as steel mills and oil refineries.

There will also be a fresh push to redirect the economy away from its recent focus on domestic construction and the export of finished products, to the encouragement of consumption.

Given past success by China in orchestrating major changes in the way the country functions, it’s a reasonable assumption that the changes in the next five-year plan will also deliver a successful outcome.

There are however two points to consider; one serious, one not so serious.

Firstly, it remains amusing that one of the world’s last communist-run countries is leading the capitalist world.

Secondly, it would be wise for anyone selling commodities or services to China to take careful note of what’s in the next five-year plan because that’s where your profits will be found.

Bang for your buck

ANOTHER test for Australia in its relationship with China will come with the sale of the legendary S Kidman & Co pastoral business.

Not only is Kidman one of Australia’s great cattle station owners, with properties covering more than 100,000 square kilometres, some of those properties encroach into the weapons testing zone near Woomera in South Australia.

With the US and Britain among the countries Australia permits to use what is the world’s biggest weapons testing site, the Kidman sale will prove to be an interesting test of Australia’s relationship with China, should a Chinese company be the preferred buyer.