Sport is taking over business in Perth as the AFL finals loom, with the ‘Go Freo’ sign on Woodside Plaza rivalled by a ‘Go Eagles’ sign on BHP Billiton's home at Brookfield Place, while the mining giant also committed to a new investment at the under-construction Perth Stadium. 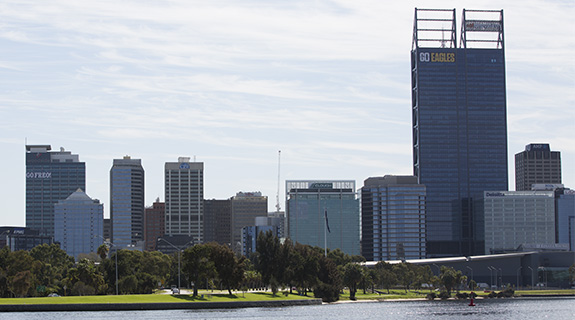 Sport is taking over business in Perth as the AFL finals loom, with the ‘Go Freo’ sign on the Woodside building rivalled by a ‘Go Eagles’ sign on BHP Billiton's home at Brookfield Place, while the mining giant also committed to a new investment at the under-construction Perth Stadium.

With the local teams occupying the top two spots on the AFL ladder, West Coast Eagles will kick off the finals on Friday night when they take on Hawthorn at Domain Stadium, while Fremantle Dockers will clash with Sydney Swans at the venue on Saturday. 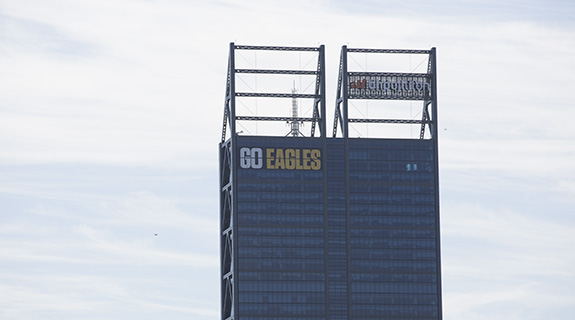 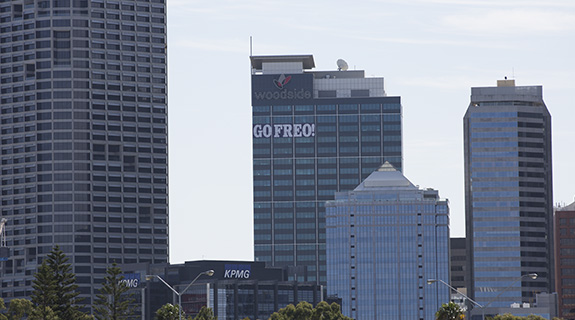 Eagles forward Josh Kennedy recently won the Coleman Medal after booting 75 goals during the home-and-away season, while Dockers midfielder Nat Fyfe is a raging favourite to win the Brownlow medal.

However, without a world-class venue to accommodate the state's favourite game, footy has been somewhat stifled in Perth for the past decade.

The limited capacity of Domain Stadium (43,500) has meant a whole new generation of Fremantle and West Coast fans haven't been able to sign up for match memberships.

Today, Premier Colin Barnett and Sport and Recreation Minister Mia Davies announced that BHP Billiton had committed $5 million towards developing a boardwalk and amphitheatre at the new sports precinct.

Mr Barnett said the 200 metre-long boardwalk would link the amphitheatre in the south of the sports precinct to the community oval in the north. 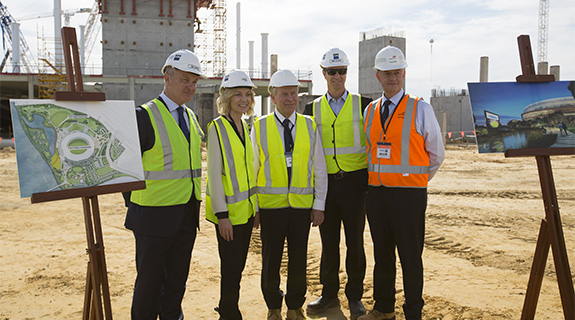 “It will feature a series of interpretive story boards recognising the role and importance of indigenous culture on the stadium site and within Western Australia,” he said.

“The amphitheatre will provide tiered seating for about 1,000 people and host a range of events – including outdoor movies, children’s plays and concerts – with a spectacular view of the CBD as the backdrop.”

Ms Davies said Perth Stadium would be the centrepiece of the city’s eastside precinct.

“This development will not only provide the community with a world-class stadium but also an activated community space, accessible 365 days a year,” she said.

"If in 2018 we had the same situation with West Coast and Fremantle hosting finals, I'm sure we'd fill the 60,000 seats, and also have a waiting list,” he said.

The Dockers have already started construction on their new $109 million headquarters in Cockburn, while West Coast are closer to getting the funding they need to redevelop Lathlain Park into a $60 million state-of-the-art training base.

The four finals scheduled for Perth this September are set to bring around $100 million into the WA economy , while West Coast and Fremantle merchandise sales are expected to surge.

Over the next three months, Perth Stadium Management will host over a quarter of a million people for AFL finals, the McDonald's WAFL grand final, WAFL reserves grand final, as well as two AC/DC concerts, Fleetwood Mac, Stadium Stair Race and Monster Jam, at Domain Stadium.

General manager Gavin Taylor said this weekend there would be more than 11,000 combined man hours that will go into the preparation and delivery of each game at Domain Stadium.

“Across these two games we expect to sell 36,000 cups of beer, four tonnes of chips and 24,000 pies and hot dogs in our 20 speciality food outlets that showcases the best of WA’s food produce,” he said.

“In addition, we have seven kitchens producing more than 7,000 corporate meals served across functions, suites and open boxes.

“It takes nearly 80 hours of labour to prepare the turf each week, with nearly one tonne of grass clippings taken from the mowing process.

“Nearly 50 litres of paint is used to mark the oval each week.”