Are calls for change self-serving or do they highlight a collective opportunity? 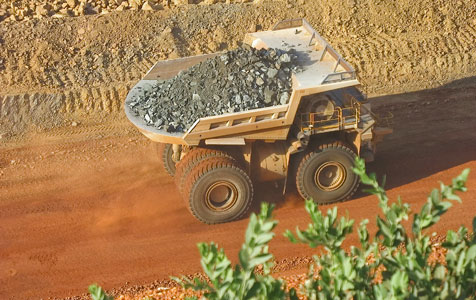 Are calls for change self-serving or do they highlight a collective opportunity?

ANDREW Forrest might like to throw the odd hand grenade to stimulate discussion, but it has been a while since the company he founded, Fortescue Metals Group, has done the same.

Last month, its strategic paper on the gas retention and reservation systems was pure Forrest, even if he didn’t a direct role in its production.

Outsourcing the paper to a third-party consultant does little to shake FMG’s fingerprints from this idea, however; a sensible idea, I might add.

The gas reservation system introduced by the Carpenter government might have been a good idea if a process for making it work had been put in place. Unfortunately, multinational oil companies seem to be able to bat away such rules with impunity.

Instead we have a false system where those who want to supply the local market don’t really know when the 15 per cent of newly developed gas supposedly reserved for local consumption will ever come on stream. That kind of lottery isn’t good for business.

The FMG paper proposes ditching that idea and, reflecting a long-held belief of the Domgas Alliance of local gas users (of which it is a member), suggesting the state focuses on making sure gas leases are developed more quickly – not quarantined by big existing players to suit their long-term agenda.

All this is very well, but there is a missing part to this story.

FMG wants better control of its energy costs, and has recently been highlighting how much better off it would be if it could shift from diesel-powered transport (trucks especially, but presumably trains too) to gas. I’ve seen an estimated of $40 million a year savings.

This makes sense at an individual company level, but what if the same productivity could be extended across the Pilbara, with electrical power provided by a central source to all the major mines, an economic cluster that represent significant energy consumption by Australian standards.

I’ve written before that a nuclear power plant in the middle of the Pilbara makes a lot of sense … maybe FMG could develop a uranium mine close by and push for that solution too.

That might be a long way off, but if FMG can show substantial savings by going it alone with gas reticulated to its mine sites, harnessing the power needs of all Pilbara players to create a real energy grid for the region must be an even more attractive option.

Of course, some players won’t like that. The cost savings are shared and the competitive advantage is lost.

But that may be a small price to pay for lowering costs across the region and making Western Australia even more competitive in the commodity sector.

You wish for what?

I WAS intrigued to read 6PR talkback host Paul Murray’s spray at the ABC, his broadcast rival, for being too fat to take the budgetary pain coming its way.

I am a former employee of Murray’s and a huge fan of his ability to dissect an argument.

But when I read his piece in The West Australian newspaper, I wondered if he had thought through the differences of opinion he might have with those who pay for his contribution.

Readers might think that the major media enterprises compete but the reality is that they are closely aligned. The West and Channel Seven are jointly owned but, apart from the Pilbara, there is little radio in their spectrum.

So if you listen to the ABC, you hear it littered with voices from The West. Be it gardening shows, music commentary, footy or personal finance, an awful lot of employees of the state’s near-monopoly daily newspaper spend time broadcasting on the ABC. Presumably they don’t do it out of the goodness of their hearts.

Either the ABC pays them or their newspaper employer encourages them to take up the time. Either way it is an unusually synergistic relationship between WA’s only major daily newspaper and the state’s major non-commercial broadcaster.

Murray is an outsider to that relationship. I think he ought not be wondering about how much the ABC costs, but whether that expense buys true independence?

Also by the author