The lack of volatility in the stock market is making life tough for brokers and investment bankers. 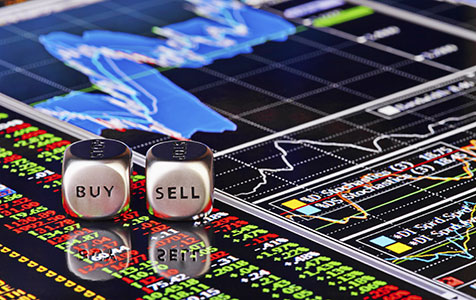 UNCERTAIN: The days of market volatility have gone, for now, putting pressure on traders to get their buy or sell calls right. Photo: iStockphoto

The lack of volatility in the stock market is making life tough for brokers and investment bankers.

Flat financial markets and failed forecasts have been a fact of life for the past year, which is one reason why the adoption of some questionable practices has reached epidemic levels in the stock market.

The problem, which has raised the alert level at the Australian Securities and Investments Commission, is being driven by the inability of stockbrokers, bankers, and their clients to generate the easy profits that once made them look clever.

A simple test of the issue is that, six months ago, the All Ordinaries index of the Australian Securities Exchange was sitting at around 5,400 points, which is where it is today, while the price of BHP Billiton shares has barely moved from $36.

Lack of volatility in the market has sidelined share traders and forced stockbrokers and investment bankers to become more innovative in the way they generate business.

It’s the innovation factor that worries ASIC as it targets the research departments of major stock broking firms, and warns management of those firms that practices such as seeking private briefings from listed companies for a bit of advance information will be more strictly policed.

Last year’s problem with what appeared to be selective briefing of analysts by someone associated with Newcrest Mining was one example of how the rules can be bent to generate increasingly elusive profits.

Behind the headlines there are layers of lesser issues, which underline the difficulties confronting brokers as they scramble to survive in a world in which margins on share trading and investment advice have all-but evaporated.

In one, hopefully rare, case, a stockbroker from a Perth broking house cold-called a local accountant seeking his support in encouraging a client of the accountant to trade a block of shares, with the incentive being an offer to split the commission.

Needless to say the broker was drifting into very dangerous territory, as was the accountant, if the proposal had been accepted and the owner of the shares not told about what might constitute a secret commission.

ASIC’s targets are bigger fish than a suburban accountant and a small-time Perth stockbroker, but the attempt to generate share trading revenue by a directly approaching professional advisers is a comment on:

• a lack of corporate activity, such as mergers and new floats;

• the high cost of generating original research; and

• compliance costs under the ‘know your client, know your product’ rule, which governs investment advice.

In Perth today only a handful of local stockbrokers produce research on listed stocks, local or national, and not many clients take notice when they do.

This lack of response has led to a wholesale downsizing of the research industry.

Apart from the cost of research and the legal requirement to separate research functions from other arms of a broking house or investment bank, there are two other issues at work – an alarming amount of research is wrong, and an alarming number of listed companies are not researched at all.

That final point is a result of the know-your-client, know your product rule, which means of the estimated 2,150 listed stocks on the ASX about 1,800 are starved of oxygen and the buyer interest that comes from being researched.

The first point about incorrect research can be tested by the fact that most share tips over the past six months, whether to buy or sell, have been wrong simply because the market has not moved – or because researchers simply did not understand what was happening inside a stock, which is why some analysts were telling clients to buy Forge Group right up to the day before it collapsed.

SHARE tipping is not the only aspect of forecasting which makes a fool of more people than just about any other occupation.

Predicting the future direction of the economy is almost as tough, with most big-name analysts getting the direction wrong more often than they get it right.

Many people probably accept the failure of forecasting as an inevitable consequence of trying to predict the future.

Today, a game once played with crystal balls and lines on the palm of a paying customer’s hand have been replaced by computer models and spreadsheets – with broadly the same level of success, as shown in a recent study of global economic forecasting.

According to an economist from the International Monetary Fund, Prakash Loungani, forecasts made in the 1990s, and over the past few years, about the prospects of recession have been almost universally wrong.

Why this is so is an interesting question, and could have something to do with most people (including economists) not wanting to be the bearer of bad news.

“The record of failure to predict recessions is virtually unblemished,” Loungani wrote.

What makes the research somewhat disturbing today is that there are plenty of indications of an overdue correction in a stock market because earnings are not growing and share prices are being supported by cost-cutting rather than from selling more; or is the fear of a correction simply another forecast that will prove to be wrong?

TAKING the risk out of trading in financial markets is every investor’s wish, though few get to influence a market in the way some people can, as has been seen in the manipulation applied to interest rates and gold prices.

The interest rate scam, which is slowly making its way through various legal processes in the US and Europe, might yet turn out to be the tip of a very large iceberg, with gold the next target of some close analysis.

While investigators argue that the case of single trader at Barclays Bank fiddling with official bids for gold during the “fixing” process in London Bullion Market was an isolated incident, there are many market participants who believe they have seen consistent rigging of the gold price.

The problem, as it is with the Australian stock market, is that profit margins from trading have dried up, which means the incentive to become ‘innovative’ has risen.