The state government has introduced a package of planning reform measures that include streamlining approvals for 'significant' developments, with the aim to boost economic recovery. 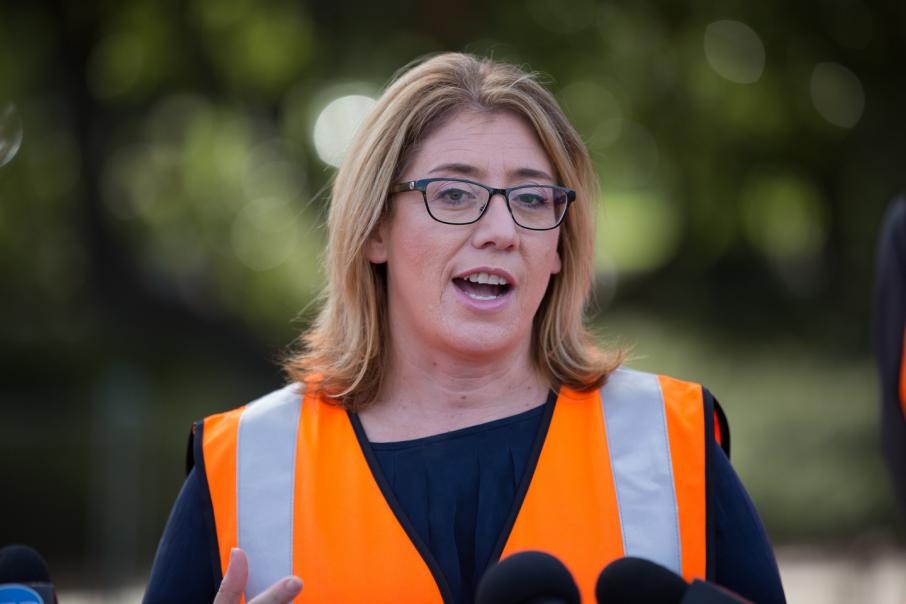 The state government has introduced a package of planning reform measures that include streamlining approvals for 'significant' developments, with the aim to boost economic recovery.

This will introduce a new development application process for significant job-creating projects over the next 18 months, which the government hopes will provide an immediate injection of support for economic recovery.

Regional or tourism projects that may not meet the criteria but are considered important to assist in the COVID-19 recovery will also have the potential to be considered as a significant development.

The state government said the process had been designed to ensure large and complex developments received a state coordinated approach with referral agencies and a streamlined assessment process so that job creating projects could start as soon as possible.

After the 18-month period, the state government said it plans to create a new special matters development assessment panel based on a similar model.

The legislative reforms will be supported by changes to planning regulations and state planning policies and follow the launch of Design WA policies last year, which prioritise the importance of good design in planning and development.

Premier Mark McGowan said that this type of planning reform had been talked about for decades and was long overdue.

"It's once-in-a-lifetime reform that will leave a long lasting legacy for our State, while driving much-needed economic activity in the wake of COVID-19,” he said.

"The economic impacts of COVID-19 are devastating, we need projects that have investment certainty and are ready for construction and a planning system that lets business do business.”

Planning Minister Rita Saffioti said the reform was about an immediate platform response to the COVID-19 pandemic, but also introducing long-term improvements to WA’s planning system.

"WA needs a planning system that promotes smart growth, is robust, contemporary and easy to navigate, and recognises the importance of community engagement early in the planning process," she said.

"The proposals within this Bill will bring a long-awaited overhaul of the state planning framework. We have a genuine opportunity to remove barriers and red tape for small business, local government and developers and enable them to get back to work.

"We must also acknowledge the need for more strategic assessment of development proposals that could deliver significant economic, social and environmental benefits for the State."

Most of the proposed amendments follow three years of consultation to remove barriers in the planning system and are part of the state government's Action Plan on Planning Reform, which seeks to provide greater clarity and consistency for users of the system and reduce the administrative burden on the state's 134 local governments.

The state government said further consultation would be undertaken with all stakeholders on proposed regulatory changes, introduced as soon as drafting had been completed.

The Urban Development Institute of Australia WA has welcomed the introduction of the suite of planning reforms, in particular the prioritisation of significant developments that could help rebuild the state’s economy,

UDIA WA CEO Tanya Steinbeck said Ms Saffioti had shown that she was willing to listen to industry feedback and take action to deliver critical projects.

“The property and construction industry represents 15 per cent of employment in Western Australia and for every job created there are a further two jobs created in the broader economy,” she said.

“Of course, all developments must adhere to due process to ensure the best outcomes for the community, however due to the complexity of the assessment and approval processes involved particularly in large projects – it is necessary that there is a separate mechanism to ensure the economic outcomes are realised in a timely way.”

The Property Council of Australia WA executive director Sandra Brewer praised the state government’s decision to streamline COVID-19 recovery plans for the property sector, and said the sector was responsible for more pre-pandemic jobs than mining and manufacturing combined.

“This innovation demonstrates a quick-thinking approach to putting experts in charge of resolving issues that can add expense and delay important economic projects,” Ms Brewer said.

“It will create an effective, transparent system that delivers projects and jobs as soon as possible.”

The council supported the decision to make the Western Australian Planning Commission the decision-marker for significant projects, as it was made up of representatives across government, including planning, water, environmental regulation, energy and transport.

“This provides a structure for effective decision-making, especially if there’s conflicting advice, because differences that used to lead to long delays can be resolved quickly,” Ms Brewer said.

ABN Group, which is WA’s biggest builder as ranked by new home starts, has also welcomed the news, with managing director Dale Alcock saying the reforms would no doubt result in excellent outcomes for WA.

He said ABN Group was well positioned to benefit from the reforms, which would be of significant support to its pipeline of work over the next 18 months.

“The temporary change in approval authority to WAPC will also enable the state government to prioritise projects that have investment certainty, are well designed and are ready for construction to commence – ABN Group is in the enviable position in that we tick all those boxes and are ready to take full advantage of the new reforms,” Mr Alcock said.

The reforms come at a time when the Housing Industry Association WA has been calling for urgent support as home building commencements are anticipated to fall by 40 per cent.

HIA WA executive director Cath Hart said the industry had been pleased to closely collaborate on the reforms, particularly in regards to simplifying approvals frameworks and processes for residential dwellings.

“Some builders have more work stuck in councils than they do on site. With COVID-19 causing a 50 per cent contraction in WA’s residential building pipeline, getting work approved and on site is more critical than ever to support jobs and the industry,” she said.

“The expansion and simplification of the residential design codes should be prioritised - the residential building industry and their customers face average delays of 75 days as well as associated costs when required to lodge a development application for a residential home.”

While in support of the state government’s reforms, WA apartment developer Paul Blackburne said it was also essential to encourage changes to stamp duty.

“Developers will gain confidence and more certainty about their investments; small businesses and households can shrug off the unnecessary red tape that holds back their small-scale projects; while the community can be reassured that not only is their input front and central to developments, there will now be a clear and consistent approach to consultation,” he said.

“Reforming stamp duty to encouraging more people to ‘rightsize’ is essential help the state government achieve its goals of promoting high quality density in the best locations because it will release the pent-up demand for accommodation in those developments. “

Mr Blackburne’s property group currently has more than $800 million of developments under way, which he said represented approximately 1,100 jobs.

“It’s outrageous that people get taxed around $40,000 stamp duty on average for the 'privilege' of buying a new home to suit their future lifestyle needs. They want to move in the years ahead to free-up cash from the family home and spend more on retirement or help the kids buy a first home.

“All this activity benefits construction jobs, retailers, removalists and many other roles in our economy.

“It should also lead to the long-term reductions in local council rates that people urgently want because the greater rates flowing from higher density developments will better support council operations and budgets.”

Mr Blackburne pointed to his latest two completed high-end apartment projects as an example, saying that these have added about $1 million extra in rates every year (i.e.$10 million extra over 10 years) to one council alone, with a maximum extra cost of $100,000 per annum from the new ratepayers.

He said the council was therefore $9 million better off over a decade as people were living in greater density in accommodation that suited their lifestyle needs, also improving the council’s revenue situation enabling it to relook at its rates strategy over the longer term.