Planned housing for 5,400 in South Hedland 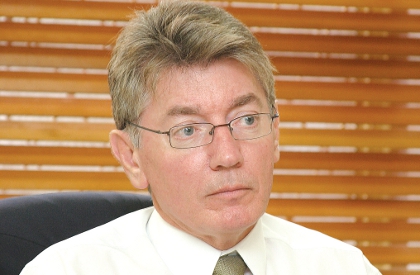 The State Government has announced plans to develop housing for 5,400 people in South Hedland as part of its Pilbara Cities initiative.

The Western Edge project will be developed over 226 hectares and includes the potential for 2,300 residential and commercial dwellings, as well as a primary school, local centre, tertiary education centre and an aged care facility.

In announcing the project today, Landcorp chief executive Ross Holt said developers had until the end of August to lodge expressions of interest, and he expected the entire development to be completed within five to seven years.

The government’s investment in the project was anticipated to be around $100 million, which forms part of its $1 billion Pilbara Cities investment.

The proposed development will double the size of South Hedland’s City Centre and has been compared to Karratha’s Mulataga project. Designs of the first stage of the Mulataga project, with developer Mirvac, have been finalised and are awaiting development approvals.

The Karratha project is planned to ultimately provide 2000 residential homes.

Mr Holt said the Western Edge project will include accommodation for service workers in the initial phases to ease the housing shortages, but would transition into other forms of housing once the resource sector’s demand eased.

He said Landcorp was determined to create a high quality development to entice more people to live in the Pilbara.

“It needs to be of high quality if we are going to turn away from the FIFO model and get families to say ‘I want to move and live in the Pilbara’ rather than saying goodbye to their loved ones every few weeks,” he said.

Landcorp has also announced it’s looking for partners to develop a grouped housing site in Baynton West in Karratha, which has the potential for 38 dwellings.