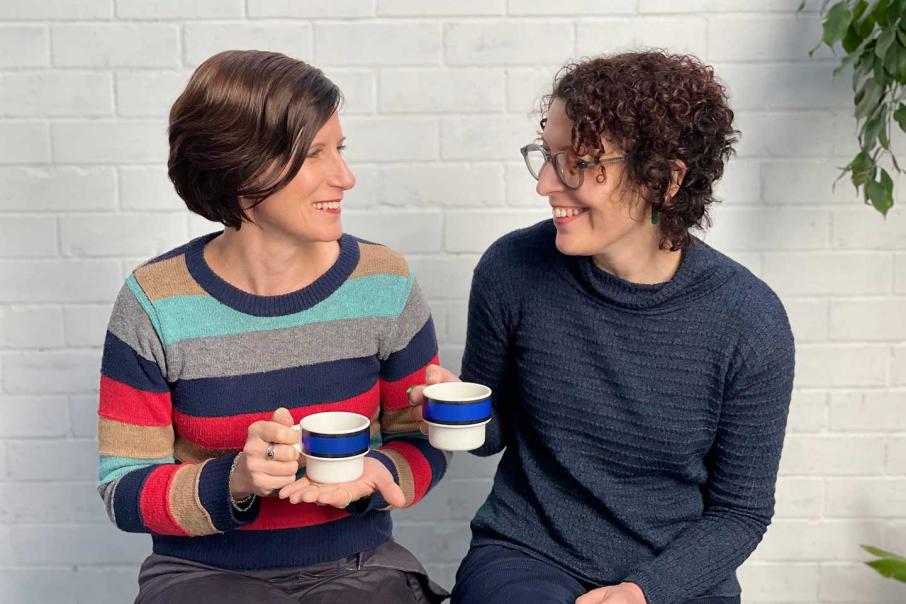 Four years down the track, Seesaw Magazine’s managing editors Nina Levy and Rosalind Appleby reflect on what they’ve learned as they pioneer a new model for arts journalism.

Founded in response to declining arts coverage by Western Australia’s mainstream media, Seesaw Magazine’s beginnings were the definition of humble.

Though we ran entirely on volunteer steam for the first two years of our existence – no salaries for the editors, no fees for contributors – we managed to publish around 550 reviews and feature articles, covering Perth’s vibrant arts offerings.

In the two years that have followed we’ve become a not-for-profit incorporated association with four part-time salaried staff members and a pool of paid contributors. We’ve expanded our features coverage to include issues facing the WA arts sector; we’ve run a mentoring program for emerging First Nations critics in collaboration with Perth Festival; we’ve launched a podcast AND we’re surviving a global pandemic, that has seen repeated cancellations of the shows, exhibitions and concerts that are at the heart of our existence.

We’re still operating on the proverbial shoe-string budget – our staff salaries combined add up to less than two full-time positions – but we’ve come a long way and it’s been a steep learning curve.

These are the eight most valuable lessons we’ve learned along the way:

There’s money in the arts

The value of the arts sector is often framed in terms of intangibles – innovation, creativity, cultural enrichment. But as arts commentators – especially during the repeated pandemic shutdowns of arts and entertainment – we’ve observed that the arts have a very tangible financial value too.

As the work-from-home movement has emptied out CBD offices – and deprived city traders of customers – it has highlighted the extent to which the arts and entertainment events we have covered these past four years also sustain small businesses around the city.

A 2018 survey showed the “night time economy” was worth $1.1 billion to the City of Perth and a lot of that is down to all the cultural events that cater for diverse audiences and ensure a vibrant but safe night life in the City. Recent reports showed our two summer festivals, FRINGE WORLD and Perth Festival, generated more than $50 million direct impact alone in 2021.

There’s a perception that our capital city’s arts scene blossoms in summer, during the FRINGE WORLD and Perth Festival seasons, and then hibernates the rest of the year.

But we’re here to tell you this is a misconception.

There is no quiet time at Seesaw Magazine because there are, quite literally, shows, concerts and exhibitions opening every week (with the possible exception of the week between Christmas and New Year).

Quality as well as quantity

With borders shut, this year’s Perth Festival had no choice but to be almost entirely home-grown. Though we missed having international and interstate visitors, local companies and artists rose to the challenge, providing a world-class festival as diverse and dynamic as any of its predecessors.

While it’s easy to assume that our “splendid isolation” from the Eastern States (not to mention the rest of the world) might put our performing and visual arts sector at a disadvantage, the evidence suggests it’s quite the opposite.

With training institutions, a rich community of independent artists with a number of institutions aimed at supporting and showcasing their work, plenty of small-to-medium companies and galleries, and flagship companies/galleries across the genres, WA’s art ecosystem is well fertilised (if not always adequately funded).

Once upon a time, media publications made money from sales and advertising.

In the era of online media, however, many prospective readers don’t want to pay for content. And with the rise of social media and the relatively cheap advertising options available on those platforms, advertising isn’t the cash cow it once was.

Being a pioneer is hard work!

As far as we know, what we’re doing – running a state-based online arts publication that covers music, performing arts and visual arts – hasn’t been done before in Australia. Although Audrey Journal (NSW) and the recently defunct Witness Performance (VIC) are/were similar conceptually, both are/were performing arts based.

That means we have to experiment to work out what a financially-sustainable model will look like. We’ve chosen to operate as a not-for-profit incorporated association and we’re a registered charity with DGR status. Our income streams currently include state government grants, philanthropic donations, private sponsorship, support from arts organisations/companies and donations from readers.

Though we’ve made progress, we’ve still got a way to go in terms of finding stable long-term income to fulfil our purpose of promoting increased participation in the arts by the Western Australian community. We’re frequently hampered by lack of resources and at risk of burnout.

No arts magazine is an island

Support is not just about money; the generous souls who have given us their time and expertise are just as vital.

From Seesaw’s earliest days, we have been incredibly fortunate to have the support of former arts editor of The West Australian, Stephen Bevis, and nationally renowned arts manager, Shane Colquhoun AM. Under their guidance we formed an advisory group and then a board, without whom we would not be on the road to financial stability. Led by Block CEO Natalie Jenkins, our board members provide their time and expertise with generosity and a genuine wish to see the business succeed.

Readers are often surprised when they discover that our team is so small and lean… we punch above our weight, which is both a blessing and a curse.

Seesaw began its life as a passion project, driven entirely by volunteer time and energy. Would we do it like that again?

On the plus side, when we started seeking funding from government and private sources, we could demonstrate our worth. But on the flipside, we have created an expectation that we provide coverage whether we have the money to pay for it or not.

What you – our readers – want

Looking at our most-read articles, we’ve learnt that you love to know what we think of WA’s arts offerings via our extensive reviews… and if the writer has a controversial opinion, you aren’t afraid to head to our socials to let us know whether you agree or disagree.

There’s a hunger, too, for features that head behind the scenes, telling the stories of our artists and digging into the challenges facing the local arts sector. And you’re keen for us to investigate the big decisions too – Mark Naglazas’s three-part series about the planned Fremantle film studio has been hugely popular with readers.

We’ve come a long way from our humble beginnings. If you love what we do, we’d love your support by way of a donation.

For our fourth birthday we have created a “wishing well”. Even the smallest donation will help keep independent arts journalism alive in WA.

We look forward to continuing to bring you more from #YourArtsPlayground for years to come!