Perth-based financial services group Pioneer Credit is looking to raise more than $40 million with the sale of just over half the company through an IPO which will provide capital for the group to expand its debt purchasing. 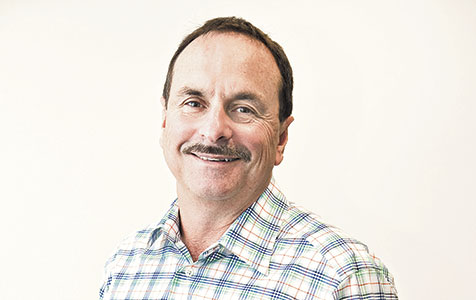 Perth-based financial services group Pioneer Credit is looking to raise more than $40 million with the sale of just over half the company through an IPO, which will provide capital for the group to expand its debt purchasing.

Pioneer Credit was founded by 2006 40under40 winner Keith John and backed by Banksia Capital, which has invested around $8 million in the business since 2010. These two partners, combined, will represent about 35 per cent of the equity after float.

Under the IPO, the company plans to raise $40.2 million by offering 25.2 million shares to new shareholders at $1.60 each.

The shares being offered represent about 55 per cent of the company and value the business at $72.2 million.

The company is chaired by Michael Smith, a top flight director and marketing professional who also chairs other consumer focused businesses iiNet and Synergy, as well as being on the boards of Automotive Holdings Group and 7-Eleven Australia.

HBF managing director Rob Bransby is also on the board of the proposed ASX-listed company.

Banksia Capital founder Mark Dutton is another member of the board.

In its prospectus, Pioneer Credit said it had acquired 90 per cent of its debt from the big four banks and that it consisted of credit card and personal loan debt that is more than 180 days overdue.

The company is forecasting revenue of $25.3 million for the year ending June 30, 2014 and that is expected to increase to $39.1 million the following year.

Pioneer Credit purchases bad personal loans and credit card debt from the major banks, and focuses on recovering those debts. Its model, though, is different from traditional debt collection agencies with which it is often compared, as it attempts to maintain a long-term relationship with the debtor.

At least half the proceeds from the raising have been earmarked for purchasing further debt, while about $11 million will be returned to existing shareholders.

Upon completion of the offer Mr John be the company’s largest shareholder with a 17.6 per cent stake while Banksia Capital will come out with a 16.8 per cent interest.

The company will close the offer on Wednesday, April 23 and expects to start trading on the ASX on Thursday, May 1.

Mr John has been in the sector since 1988. During the 1990s he developed the state’s biggest traditional debt collection agency, Pioneer Credit Management Services.

He sold that business to listed group Receivables Management Group in 2000 as part of a wave of rationalisation in the debt collection industry at the time.

Mr John restarted independently as Pioneer Credit in 2003, selling the business to Credit Corp in July 2006.

The current Pioneer Credit business started around the time of the GFC, when debt was especially cheap. A key milestone for it was the purchase of more than $1 million of debt in one month in December 2009.

By comparison, its debt-buying plans are thought to be about $40 million next financial year.

Pioneer has been advised by Azure Capital director Simon Price and it will be one of just a handful of IPOs in recent times, signalling the market’s appetite may be changing, especially outside the resources sector.

According to BNIQ there have been just four announced IPOs in the past 12 months, the biggest of which sought to raise $25 million.

The offer is thought to be priced at between 11 and 12 times forecast financial year profit for the year ending June 30 2015.