Local contractor Pindan has won the tender for construction of the new $70.7 million marine control tower in Port Hedland, which is one of four major projects worth nearly $800 million at the port. 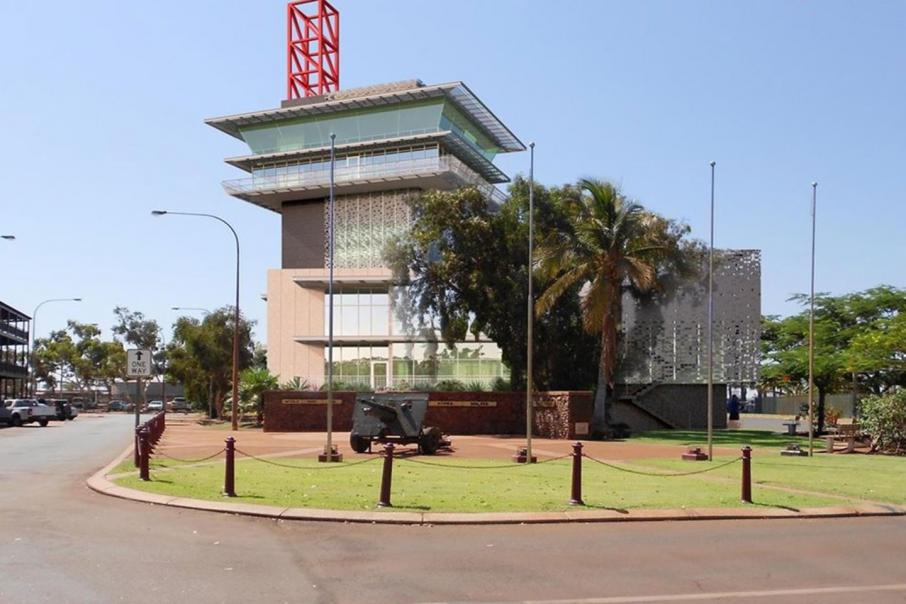 An artist's impression of the new Integrated Marine Operations Centre in Port Hedland.

Local contractor Pindan has won the tender for construction of the new $70.7 million marine control tower in Port Hedland, which is one of four major projects worth nearly $800 million at the port.

Pindan was shortlisted for the contract alongside Doric, Jaxon, and McConnell Dowell in November. The project involves construction of the new Integrated Marine Operations Centre as well as demolition of the existing 45-year-old control tower.

“The number of vessel movements through the Port Hedland port will be 6,000 a year when the IMOC is operational in 2018, which is more than five times the vessel volume when the existing control tower was built more than 45 years ago,” he said.

Work is expected to begin towards the end of the year.

Mr Day also said the Pilbara Ports Authority was proceeding with a $120 million expansion of the Port Hedland shipping channel.

The two-year channel risk and optimisation project, which was approved by the PPA board in March, involves creation of a new emergency passing lane, extension of a deep water refuge zone and use of existing deeper depths along the tidally constrained 42-kilometre channel.

The PPA is still obtaining environmental approvals for the project, but it expects to undertake an expressions of interest invitation next year.

It follows news in May that iron ore giant Fortescue Metals Group plans to spend about $US200 million ($A266 million) developing infrastructure behind its existing Anderson Point berths and buying nine tugs after winning a 15-year towage licence for tug services in Port Hedland.

BHP Billiton is in the process of spending $US240 million ($A320 million) developing a new eight-pen tug harbour at Hunt Point and purchasing six new tugs to grow its fleet to 18 vessels.

The company is also upgrading its workshop facilities, operational and service berths, and two small boat moorings at the Nelson Point tug harbour.