Pindan is set to expand its operations to the Gold Coast, after being granted development approval for a 25-storey apartment building. 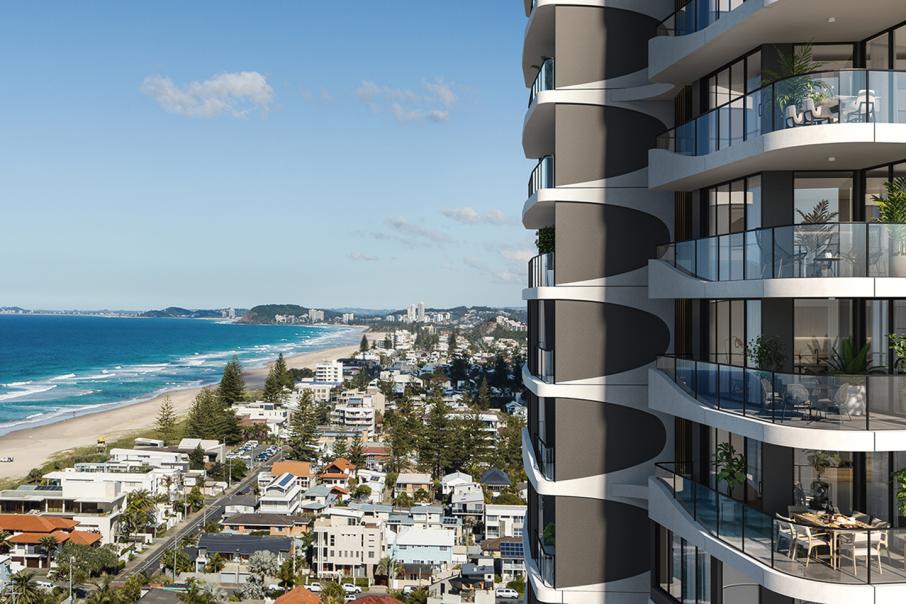 An artist's impression of the planned development.

Pindan is set to expand its operations to the Gold Coast, after being granted development approval for a 25-storey apartment building.

Mahala, which will be located on Hedges Avenue in Mermaid Beach, includes 94 apartments of two, three and four bedrooms.

Early construction work at the site has begun.

The facility will also feature a rooftop solar farm system, along with a pool terrace, lounge and private dining room.

Pindan has expanded its operations on the east coast over the past five years with its funds management arm, Pindan Capital, overseeing $1.7 billion of development projects throughout Australia.

"Mermaid Beach is one of the most highly sought-after beachside locales on the Gold Coast, and Mahala is positioned in a genuinely unique residential pocket, within walking distance of local restaurants, cafes and the entertainment hub of Broadbeach," he said.

"It will benefit from the billions of dollars in upgrades happening in the Broadbeach-Mermaid Beach area, including the $500 million light rail, $670 million renovation at Pacific Fair Shopping Centre, and $850 million rejuvenation underway at The Star casino and its multiple restaurants."

"Mahala offers features you would expect in a private beachside home - a beautiful entry, and even a secure drop-off facility for residents who like to have their groceries, wine or other shopping items delivered.”

Mahala is being marketed by Colliers International.