A host of new names has emerged as Aboriginal business grows in the state’s north. 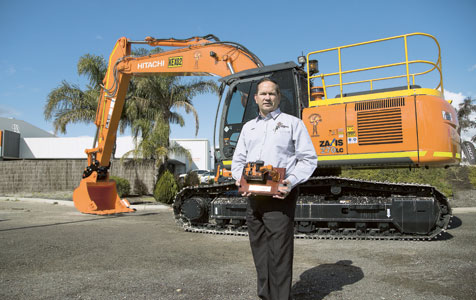 A host of new names has emerged as Aboriginal business grows in the state's north.

When Fortescue Metals Group wanted to make a big splash upon reaching the $1 billion mark in contracts awarded to indigenous businesses, it invited leaders from the native titles groups it deals with as well as political and academic dignitaries such as Noel Pearson and Marcia Langton to the celebration.

Organisers also made a point of ensuring that Yindjibarndi language group member Aaron Hubert attended the event, rather than fly north to work on FMG’s projects.

Still in his flouro work gear, a clearly shy Mr Hubert was asked to stand up to be acknowledged by the audience filling the State Reception Centre in Kings Park.

The 44-year-old indigenous man has established a contractor called Jindari, one of a new breed of Aboriginal-owned business. The enterprise has the support of mining services operator Cape Crushing & Earthmoving Contractors and logistics company Centurion, both members of the Cardaci family’s CFC Group.

In the same week as Mr Hubert was acknowledged, members of the Todd family had gathered in slightly less salubrious Welshpool, at yellow goods manufacturer Hitachi’s show yards, to meet up with representatives of their new joint venture partner Viento Group.

The Todds, members of the Banyjima language group, have been working in the construction and mining industries of the central Pilbara for decades. They had decided to use their experience and expertise to gain a foothold in the contracting business in the state’s north through their company, Koodaideri.

Viento Group director and acting CEO Rob Nichevich said the family had seen Rio Tinto was preparing to develop its Koodaideri mine and wanted to do more than pull a wage working on the project, if possible.

The family formed a company but needed help to get started in developing a business from scratch, which is why they brought in Viento. On the other side of the coin, Viento’s management could see a group of people that was most likely to succeed in the transition from employee to business owner.

“These people are all workers, so they are not into getting handouts,” Mr Nichevich said.

“This is the opportunity to get the next generation and current generation of working folk to catch up with what is going on and get a piece of the action.”

He noted there were big barriers, however, and it was not easy for Aboriginal entrepreneurs, especially outside the Pilbara where opportunity was greatest.

There was still racism when it came to many facets of business development and cultural issues, often including negativity from their own people towards aspirational Aboriginal business leaders.

Some obstacles are simple but stubbornly difficult to overcome. For instance, one of the greatest sources of finance for Australian entrepreneurs was equity in their house – but home ownership among Aboriginal people was much lower than the overall population.

Still, there are signs that early success stories building momentum.

After a brief AFL career, lawyer Clinton Wolf has become one of the most connected players in the indigenous contracting industry. He currently chairs Indigenous Construction Resource Group, a company linked to Perth investment bank Azure Capital.

Mr Wolf acknowledges a generation of business leaders has emerged in WA, notably in the Pilbara where significant opportunities have arisen for anyone with an entrepreneurial flair.

“A lot of blokes and women now, who are defined as entrepreneurs, were involved in the first wave of native title deals,” Mr Wolf said.

“They have put everything they can into their community and now want to do something in the commercial world.

“It is the transformation of people who fought for the rights of their community.

“I think a lot of them were burned out; it is not very forgiving, the politics.

“They need to make sure their own family’s future is locked in.”

Among the earliest players in this field were people such as Geoff Stocker, who has operated his Pilbara Logistics WA business in the region for well over a decade, and Daniel Tucker, the driving force behind successful Goldfields contractor Carey Mining.

It is those people, and a handful of others, whose success younger indigenous people are looking to emulate.

“It is surprising,” Mr Wolf said.

“I have a lot of younger women and men come up and ask me how I did it.”

The Pilbara is without doubt the place to be, with billions in contracts up for grabs, demand for skilled labour, and native title deals that demand direct involvement in projects.

High-profile Aboriginal commentator Noel Pearson said he had been surprised by what had taken place in WA. Long an advocate of economic self-determination and opponent of welfare, Mr Pearson said the Pilbara was now the leader.

“I was out of the loop about what you have been doing here,” said Mr Pearson, describing the scale of contracts awarded to indigenous businesses as a new benchmark for Aboriginal Australians to enter the mainstream economy.

“WA is turning philosophy into action.”