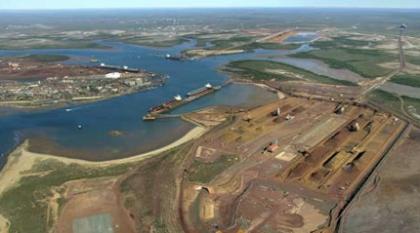 IN DEMAND: Ongoing resources developments have made Port Hedland a property investment hotspot, according to a new report.

Ten Western Australian suburbs have been ranked in the nation’s top 50 for potential capital growth, as the state’s resources boom intensifies demand for residential property.

“It is strategically important to the national economy, has great historical performance and great projected performance, low vacancy rates, high per capita income levels and a shortage of, and high demand, for housing,” she said.

In the metropolitan area, Murdoch, Como, Leederville and Fremantle were all recommended as for property investment.

The hotspots were identified based on a range of key metrics, including population growth, demand for housing, income levels, employment, vacancy rates, capital growth history and current rental yields.

“The Perth capital city market appeals as a standout prospect for house price growth with the median price set to increase by a double-digit percentage by year’s end,”

“With the Perth median house price currently almost 10 per cent below its peak recorded four years ago, together with recessed levels of new construction and a flood of workers seeking the wages bonanza delivered by nearly $100 billion in mining industry activity, it is not unreasonable to expect a significant increase in home buyer activity in Perth through 2012,” he said.

Mandurah suburbs Greenfields and Halls Head were the other Western Australian hotspots named in the report.

“Since the end of that boom we have seen the exact opposite occur, with prices dropping below the pre-boom mark.”