Finbar Group is on the lookout for new opportunities in the Pilbara, despite selling less than half the apartments in its most recent project in Karratha. 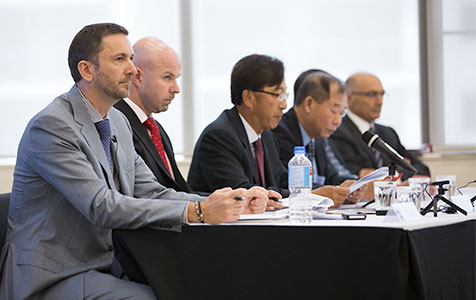 Finbar Group is on the lookout for new opportunities in the Pilbara, despite selling less than half the apartments in its most recent project in Karratha.

Speaking at the company’s annual meeting today, managing director Darren Pateman said the changes in the Pilbara property market were not properly understood.

During the boom years, when rental rates and prices were skyrocketing, he said all properties benefited.

Now the market is normalising, and buyers and tenants can choose what they want following the construction of new stock.

“The price adjustments are for the older properties.”

Mr Pateman’s comments follow the release over the weekend of REIWA’s September quarter market report, which disclosed big falls in rental rates in the Pilbara – after very large increases in recent years.

‘‘These are still huge amounts to pay for weekly rent, but there are clear signs the mining sector is winding back with jobs and this impacts directly on the housing market in mining towns,” REIWA president David Airey said.

The changing market has left Finbar holding more than half the apartments in its Pelago East development.

Combined with the sale of most of the units in the neighbouring Pelago West project (96 out of 114), Mr Pateman said the overall project would be debt free.

“The challenge now is for our company to manage our substantial, debt free asset, in a way that will provide a strong holding income for our shareholders with the view to sell and return additional profits and cash to the company so that the capital can be effectively redeployed on new regional development growth opportunities,” he said.

“We are currently looking for another opportunity in Karratha where we can benefit from what we have learned with this milestone project.”

Mr Pateman said that leasing all of the vacant apartments, along with the 14 commercial units in Pelago East, would produce annual income of approximately $6.6 million.

He said Finbar was still looking to develop its Anchorage apartment project in Port Hedland, which was dependent on changes to the town planning scheme.

In Perth, Finbar is proceeding with multiple apartment projects in the inner city, including Ecco in East Perth and Spring View Towers in Rivervale.

Upcoming projects include Norwood in East Perth, Subi Strand in Subiaco and Toccata in the city.

The apartments in Toccata had been reduced in size to reduce their cost.