Pilbara Minerals has announced the biggest capital raising by a Western Australian company for 2016, which it will use to fund development of its Pilgangoora lithium project, while also announcing it will put its new Tabba Tabba plant on ice. 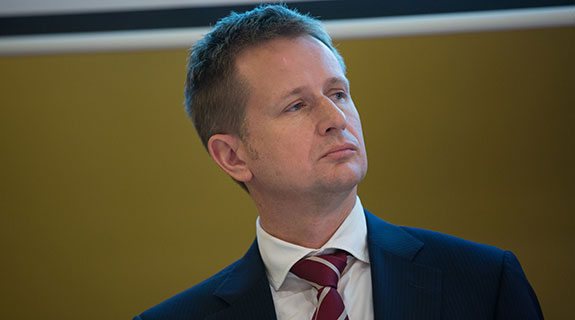 Pilbara Minerals has announced the biggest capital raising by a Western Australian company for 2016, which it will use to fund development of its Pilgangoora lithium project, while also announcing it will put its new Tabba Tabba plant on ice.

Pilbara has received firm commitments for the placement of 223.7 million shares at 38 cents each to institutional and sophisticated investors to raise $85 million, and also plans to undertake a share purchase plan at the same price, to raise a further $15 million.

The share purchase plan has been fully underwritten by Sydney-based Blue Ocean Equities, while Hartleys has also participated in the offer.

The price of the raising represents a 9.3 per cent discount to Pilbara’s 10-day volume weighted average price.

The size of the raising makes it the largest undertaken by a WA-based company so far this year, with sandalwood producer TFS Corporation announcing a $65 million capital raising earlier this week, and nickel miner Western Areas undertaking a $60 million raising late last month.

The proceeds of Pilbara’s raising  will be used to fund ongoing work at the company’s $187 million Pilgangoora lithium and tantalite project near Port Hedland, including completion of a definitive feasibility study (due in the third quarter of the year), drilling programs to increase the project’s resources and reserves, and the progressing of offtake agreements.

“This is a tremendous outcome for Pilbara which clearly demonstrates the strong appetite amongst global investors to gain exposure to the rapidly emerging opportunity in lithium – and to do so by investing in tier-one assets like Pilgangoora,” Pilbara chief executive Ken Brinsden said.

The review found that the plant, which was only completed in November, required further modifications and therefore spending before commissioning could be finalised.

“While Pilbara expects that tantalum market conditions will improve in the medium term, the company does not expect to see a sustained improvement in market conditions, necessary to support the re-commencement of production at Tabba Tabba this year,” the company said in a statement.

Pilbara announced in January that it was considering legal action against its former joint venture partner at Tabba Tabba, Nagrom & Co, after the company’s operational team found the need for modification and rectification for the plant to run at optimal levels.

It included work on the ball mill and the coarse recovery section of the plant.

Pilbara shares were 6 per cent lower to 47 cents each at 10am.