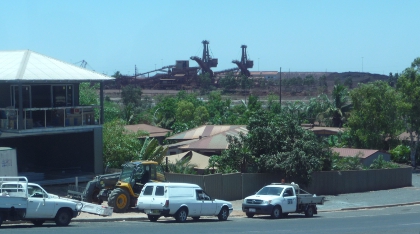 The Pilbara housing market and the South West unit market were two of the strongest regional property sectors over the past year, a report released today has found.

The strongest gains in the country were recorded by the Pilbara housing market which saw a 20.6 per cent growth over the last year.

The regional WA unit market was also gaining value with key performers being the South West market which experienced a 13.4 per cent yearly growth.

The results, released today by RP Data found even with this growth the Pilbara region is still 4.3 per cent below its historic highs.

RP data research analyst Cameron Kusher said the data showed that housing in the bush had performed at a similar to slightly superior level compared to the performance of capital city markets.

The largest increases in value came from markets linked to the mining and resources or agricultural sector with slides coming from tourism linked sectors, according to Mr Kusher.

Nationally, housing regions with declining value included Far North Queensland which saw a 22 per cent decline and the Gold Coast, down 20 per cent from its historic highs.

Western Australia’s Lower Great Southern region was also a weak market with house values 12.5 per cent below their historic highs.