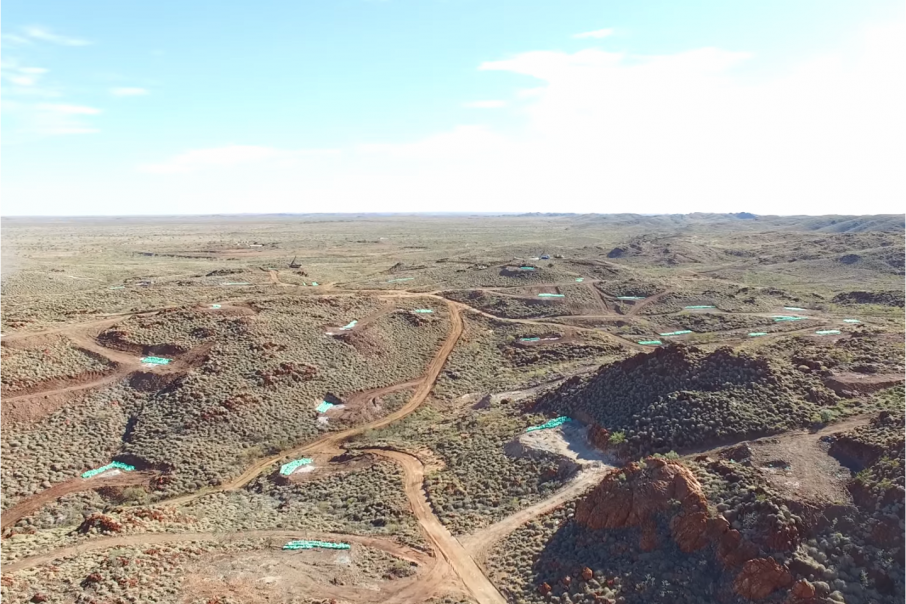 A recent drone view of the Pilgangoora project area.

The offtake deal comprises a six-year agreement for supply of 140,000 tonnes annually of spodumene concentrate, which is used to make lithium bicarbonate, from 2018.

That will be about 40 per cent of the company’s anticipated output at the Pilgangoora project, and is the first binding offtake agreement the company has made.

A second plank of the deal was a memorandum of understanding to evaluate and develop an offshore spodumene conversion plant, likely somewhere in Asia outside China.

Pilbara would hold a 50 per cent stake in the development, moving the company along the lithium value chain, a similar strategy to that being embraced by Neometals.

Finally, Pilbara will make a 50 cent per share placement to the Chinese entity, raising $17.8 million, with a further placement possible if a formal decision on the conversion facility is made.

Pilbara managing director Ken Brinsden said it would cement a long-term partnership with one of the significant players in China’s lithium chemicals and battery industry.

“It also underpins the financial and commercial fundamentals of the project, providing us with certainty around a large portion of our product sales and imparting significant momentum to our product marketing process, as we look to finalise additional binding offtake agreements in the coming weeks and months,” he said.

“We are very excited by the downstream processing opportunity contemplated by the binding MOU signed as part of this agreement.

“The ability to manufacture high-value battery-grade lithium products through downstream processing has the potential to deliver significant additional value for Pilbara in the years ahead, with global demand for lithium-ion batteries expected to experience unprecedented growth over the coming decades.

“The equity investment also represents a significant vote of confidence in the company, the project and our development strategy, and we look forward to welcoming them as a shareholder.”

Mr Brinsden said the funding would support the company’s balance sheet, with a definitive feasibility study due in August.

Pilbara shares were up 16 per cent to 72 cents each at the time of writing.

Today's announcement was the latest in a string of lithium deals in WA.

The largest such move was Galaxy Resources' buying General Mining Corporation for $216 million, to create a merged company with a market capitalisation of more than $700 million.

There was also activity at the Mt Marion project, which is due for completion this year, with Chinese producer Ganfeng increasing its offtake deal and Mineral Resources buying a higher stake in the project from proponent Neometals.

Altura Mining was a further mover, launching a $23 million raising for its project in the Pilbara.