Picking the bottom a tough call

CALLING the bottom in any bust cycle is always highly contentious, even more so in the context of the current global economic crisis. 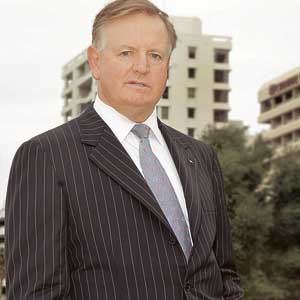 CALLING the bottom in any bust cycle is always highly contentious, even more so in the context of the current global economic crisis.

But a growing number of developers and analysts are weighing in on the debate, as signs emerge of a recovery at the lower end of the market in Western Australia.

Developers say there has been an upturn in the first homebuyer market in the past month, with a significant increase in enquiries and sales.

One of the state's biggest residential property developers, Nigel Satterley, believes the lower end of the market is beginning to bottom out, with prices unlikely to drop much further.

"The falling interest rates and the first homeowners grant is certainly helping put a floor in the residential market in the $200,000-$400,000 sector, it's starting to bottom out, it won't drop more than 5 per cent," Mr Satterley said.

Urban Development Institute of Australia WA chief executive Debra Goostrey also believes the residential market is bottoming out, with signs the market is starting to recover from record lows.

UDIA's quarterly survey shows land prices steadied in the September quarter, while land sales were lowest on record, down 39 per cent compared with the same quarter last year.

But Mrs Goostrey said traffic through sales offices has increased significantly since the tripling of the first homeowner grant, with UDIA's weekly land survey showing an increase in sales during late October.

"[We're] confident, based on feedback from developers around the state, that sales activity will improve during 2009," she said.

Optimists will also be buoyed by new homes sales figures for the month of September, which jumped almost 20 per cent, according to the Housing Industry Association.

But Rod Cornish, head of property research at Macquarie Bank, believes the impact of the softening economy and rising unemployment will override positive factors, such as lowering interest rates and property prices, until the economy stabilises.

"Looking forward will see some moderation and price falls in the next 12 months, partly as a result of the economy,'' Mr Cornish said.

"But after that some of the positive factors will come into play."

He forecasts that, in the second half of 2009, property prices are likely to return to about 2002 levels, which should lead to a pick-up in sales volumes, provided the forecast drop in interest rates to below 4 per cent eventuates.

At the top end of the market, Mack Hall and Associates managing director Mack Hall said sales had virtually come to a standstill since October.

Mr Hall believes prices in Perth's most expensive suburbs could drop by a further 10 per cent.

He said a lot of buyers were holding off until interest rates and prices dropped further and the stock market stabilised.

"But we're still doing sales. At a realistic price things are happening, but if [you're listing] at anything like 2007 [prices] you can forget it," Mr Hall told WA Business News.